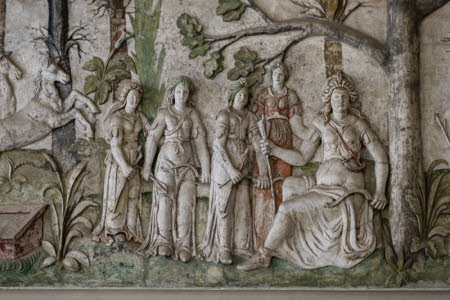 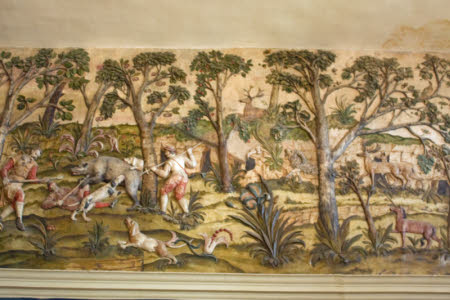 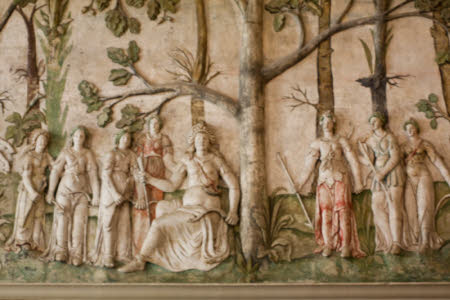 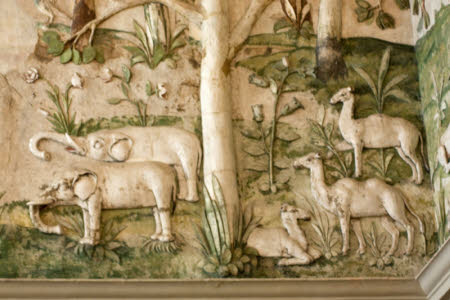 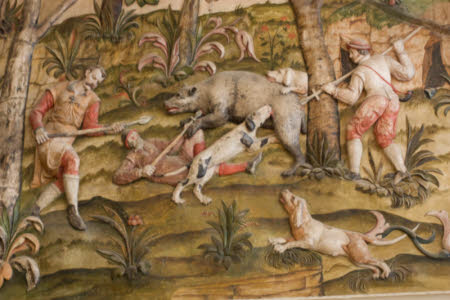 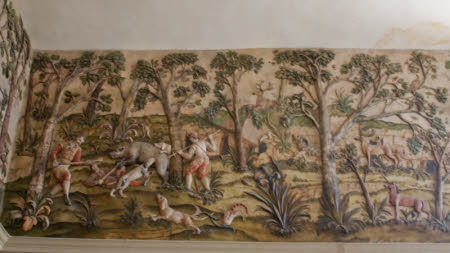 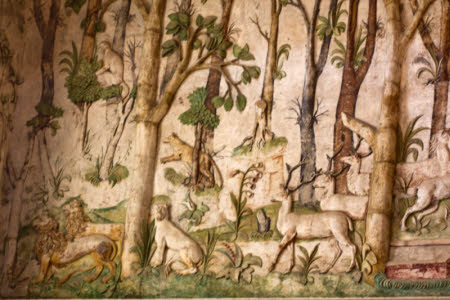 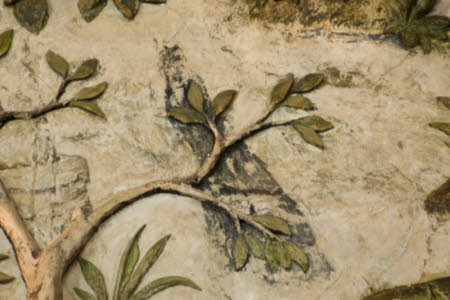 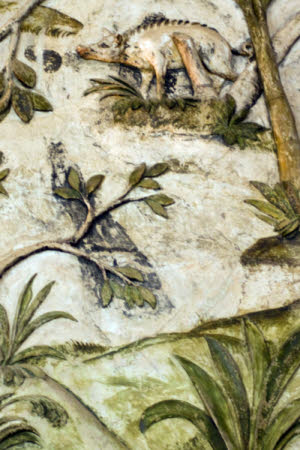 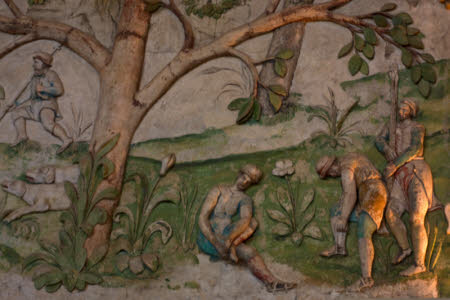 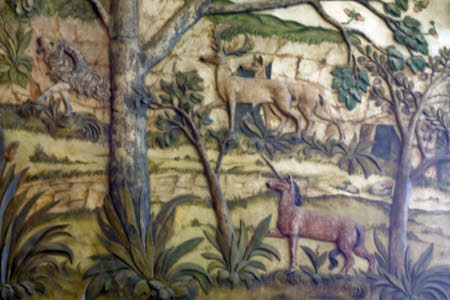 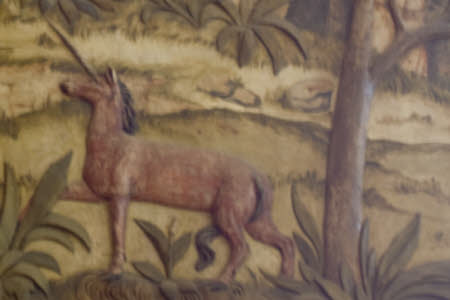 High Great Chamber Plaster Frieze. This was almost certainly modelled by Abraham Smith and his assistants. Its theme is the forest, with the court of Diana prominent on the north side amid attendant deer, lions, elephants, camels, monkeys and other animals, and elsewhere scenes of deer and boar hunting, and of country life. To either side of the window recess, and rather more skilfully modelled than the rest of the frieze, are allegorical figures of Venus chastising Cupid and Summer, based on Flemish engravings by Crispin van der Passe from designs by Martin de Vos. The frieze is interrupted over the fireplace by the royal arms supported by a lion and a dragon. The court of Diana, the virgin goddess and huntress, is probably a deliberate allusion to Elizabeth, the Virgin Queen. Bess must have had in mind a royal visit when commissioning these demonstrations of loyalty. The original paint survives on the frieze, much faded except for a small area in the south-cast corner which has been clumsily restored and waxed. The frieze was almost certainly coloured by John Ballechouse, who was probably also responsible for the narrow strip of the flat surface painting under the ceiling on the south and west sides.