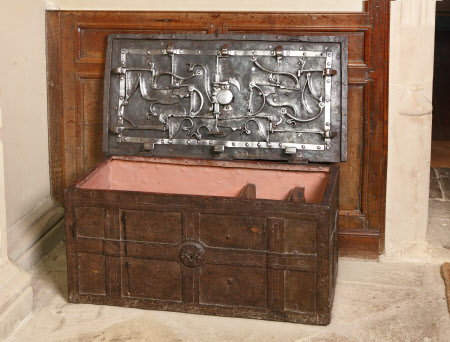 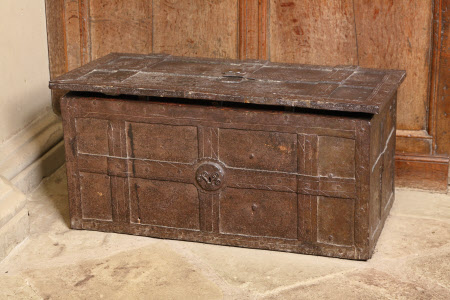 An iron and steel strongbox, commonly called an 'Armada Chest', German, late 16th/early 17th century. Fitted to the outside with iron straps decorated with hatched lines, and with a false escutcheon to the front. The areas between the straps with traces of yellow paint and gilding; one end painted with lion masks. The lid with three hinges and a concealed keyhole, and lifting to reveal a fine engraved steel lock mechanism shooting seven bolts. The interior of the chest with later pink paint and containing several divisions. It has been suggested that this may be the 'great Iron chest paynted' referred to in Lady Shrewsbury's bedroom in the Hardwick Hall inventory of 1601.