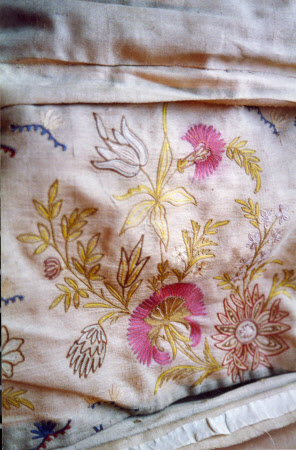 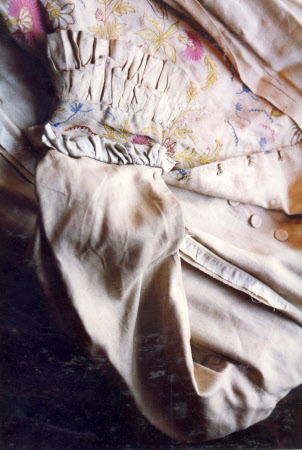 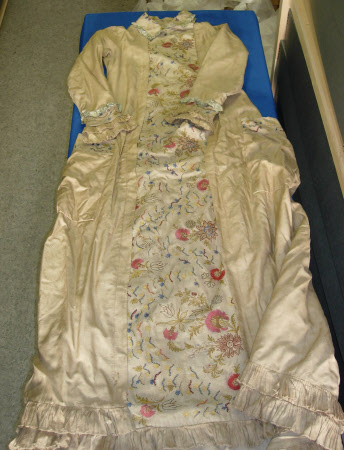 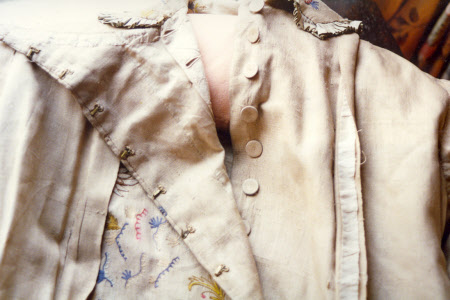 Day dress. 'Liberty' style 'tea dress (?)'. Watteau back, front panel cuff bands and hip line pocket cuffs, embroidered in coloured silk (tambour) stylised floral pattern. Kashmir? Pleated over shoulders and pleated and ruched hem flounce. Possibly as early as the mid-1870s when Ellen Terry was with Godwin (see the 1876 sketch in S.W.Soros's book on Godwin, pg. 56). Perhaps an early example of the artistic/aesthetic movement of dress reform which Ellen was associated with in London. The style favoured loose, un-corseted, free-flowing dresses based on the ideal of ancient Greek fashion, among other influences. Godwin was also a champion for the artistic dress movement, and in 1884 became the first director of the new costume department at Liberty and Co. (established in 1875) in London which further spread the influence of the movement across Europe and America.