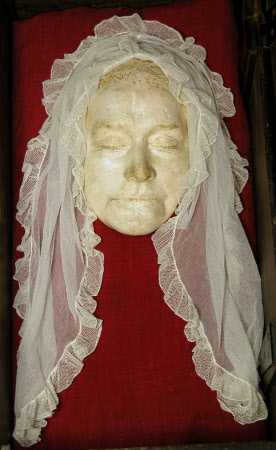 Dame Ellen Terry died 21 July, 1928 at the age of 81 at Smallhythe Place in Kent. Her death mask was made the following day by sculptress Margaret Winser and Kim Allen. In total three copies were created using plaster of Paris, muslin fabric and wax. In 1933 a mask was given to the Memorial Theatre in Stratford upon Avon by Edith Craig and in 1949 the third mask was donated to the National Portrait Gallery in London by artist and friend of the family Clare Atwood.