Allegory of Folly, with Biblical Citations in Latin 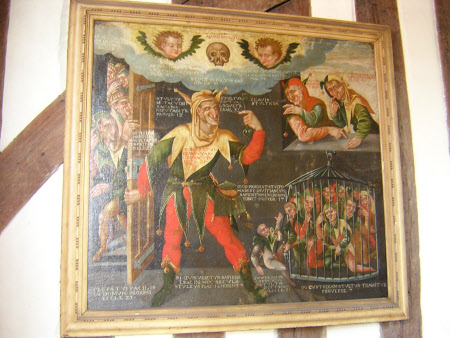 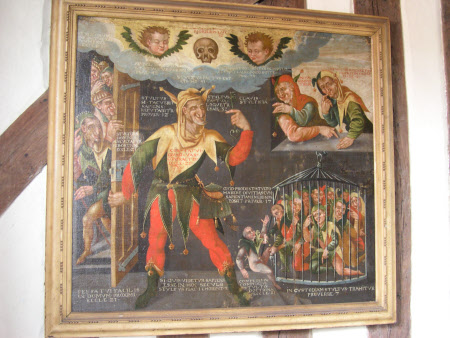 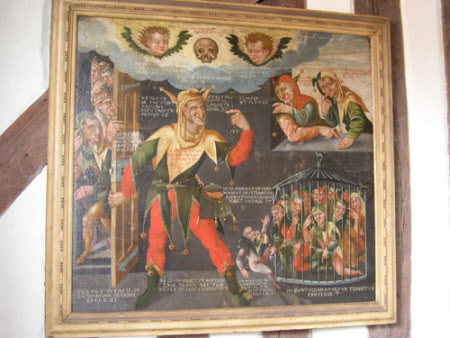 An allegorical medieval picture with Latin biblical inscriptions of proverbs on the nature of folly like: If a fool can just keep quiet, he’ll be considered wise. Is there any point in investing in a fool who has no intention of learning? If anyone amongst you seems to be clever, let them act foolish, so that they become truly wise.

Oil painting on canvas. Sisson bequest. Allegory of Folly, with Biblical Citations in Latin, probably French School, late 16th century. Inscribed variously with texts both from the Old and New Testament of the Bible from Proverbs, Ecclesiastics and Chorinthians - middle centre: QVID PRODEST STVLTO, HEBBERE . DIVITIAS CVM SAPIENTIAM EMERE NON POSUIT PROVER .17 [Wherefore is there a price in the hand of a fool to get wisdom, seeing he hath no heart to it?] and bottom centre: SI QVIS VIDETVR [apud vos] SAPIENS ESSE IN HOC SECVLO STVLTVS FIAT. I CHORINT. 3 [18] [Do not deceive yourselves. If any of you think you are wise by the standards of this age, you should become foolish so that you may become wise.]; IN CUSTODIAM STVLTVUS. TRA PROVERBE 7; STVLTVS [evoque]. SI TAVERIT SAPIENS REPVTABITR PROVER. 12, bottom left: PESTA TVI FACLIS CV DIMVM PROXIMI ECCLE 21.