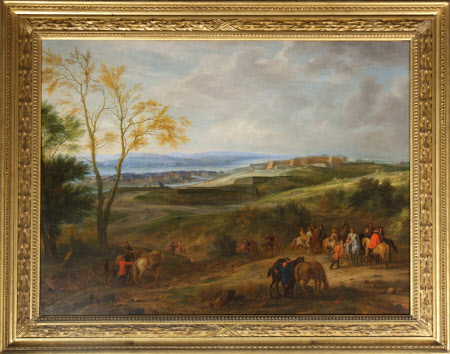 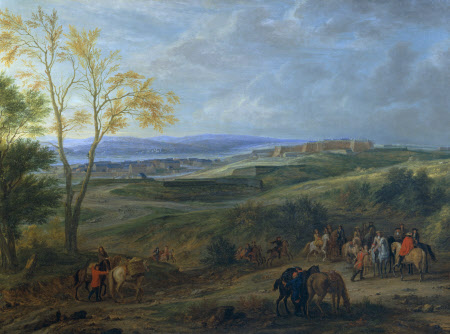 Oil painting on canvas, King Louis XIV, King of France (1638–1715) at Charleroi by Adam Frans van der Meulen (Brussels 1632 – Paris 1690), circa 1667, signed on bale of merchandise: A V M (monogram). In the left foreground can be seen three horses and two men; at right, two horses, one cropping grass and a man; beyond, to the right, a general taking a dispatch and his mounted staff. Horsemen can be seen riding across the canvas. On a hill at right mid-distance is a square walled fort with a town and a river at left.