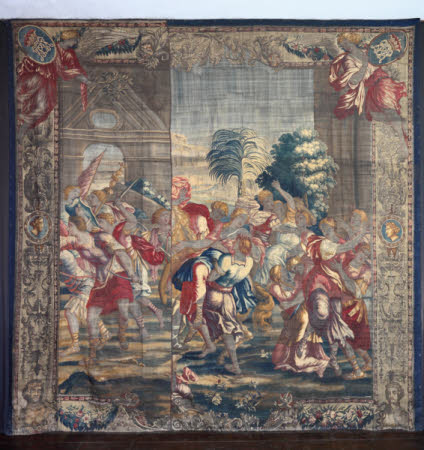 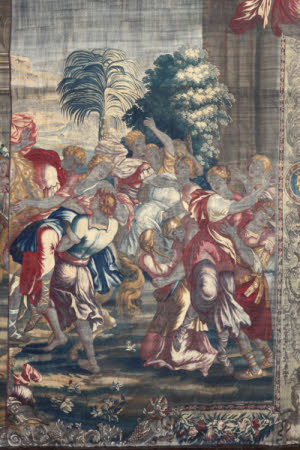 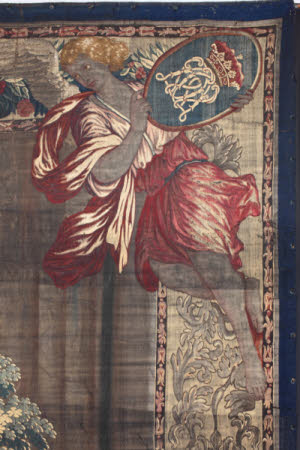 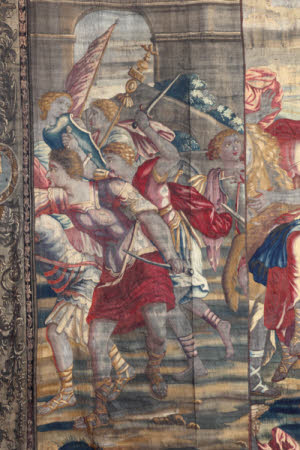 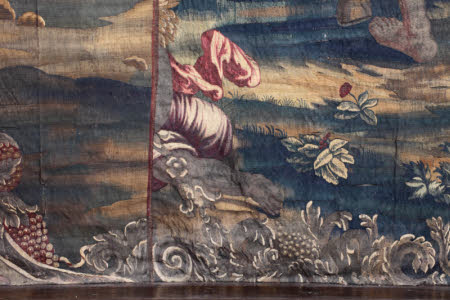 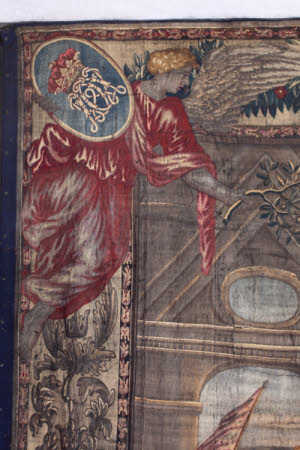 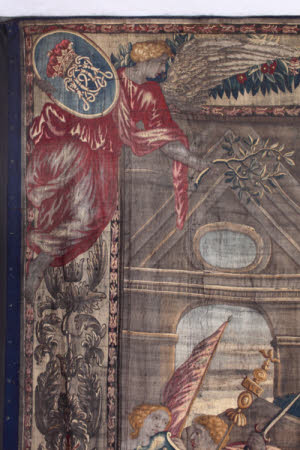 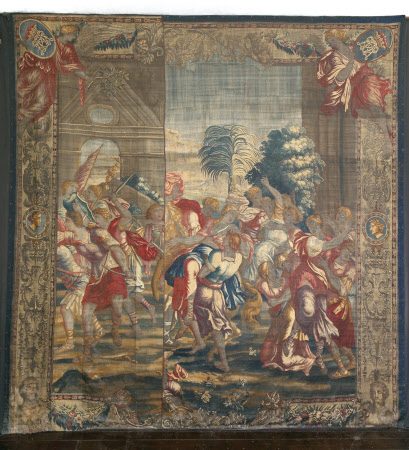 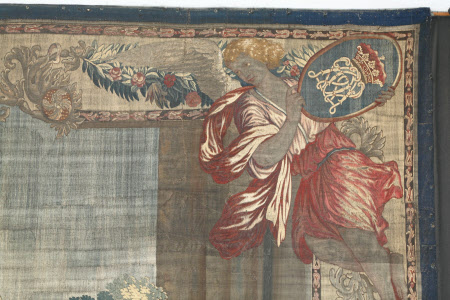 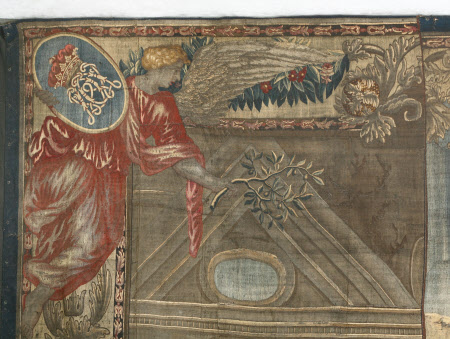 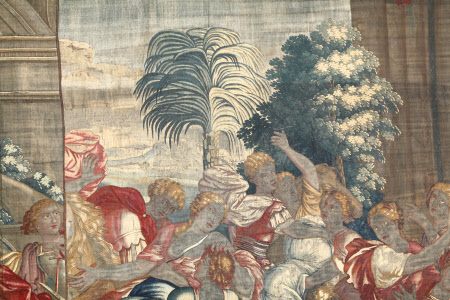 Tapestry, wool and silk, 7 warps per cm, The Retreat to the Palatine Gate and the Abduction of the Sabines, from a set of three of the History of the Sabines, probably French, after a design probably by Claude Bosquet, c. 1694-1707. This piece consists of two tapestries with different scenes that have been sewn together. On the left is a narrow vertical scene, clearly part of a larger design, probably representing the ‘Retreat to the Palatine Gate’. In the foreground a number of soldiers moving in a generally right to left direction. The soldier in the foreground wears a red tunic and a purple cuirass and carries a curved sword in his left hand. Behind this soldier another, dressed in a blue/white tunic and red cloak, waves a blue and white pennant in his left hand and carries a shield. Behind this last and to his left a soldier carries a pinkish flag. Another carries a military standard. Two soldiers are looking back to where the fore-leg of a horse can just be seen centre right. In the background there is a structure with a pediment and a vista through an open archway. The larger, right-hand scene shows the ‘Abduction of the Sabine Women’. In what could be described as a chaotic scene, terrified women can be seen being forcibly taken and carried off in the arms of men whilst others attempt to fend off their attackers. To the left a man carries of a woman in his arms and at lower centre another woman falls to her knees as she attempts to fend off her abductor. Ten faces can be counted of which five appear to be men and five women. In the background on the right is a structure with three columns. The upper background shows two trees in full foliage and beyond these a view into the distance where on the left there is what appears to be some form of man-made structure, perhaps a distant village or town. The tapestry has stone coloured borders with arabesque patterns, angels at the upper corners carrying plaques bearing the monogram of the Duke of Devonshire, roundels with profile heads at the centre of each side, sphinxes at the lower corners and swags of leaves and fruit at the top and bottom. The angel at the top left carries an olive branch, emblem of peace. Although the two scenes are incomplete the edges of borders are visible at the join in the centre, indicating that the tapestries were woven with the main scenes as they now appear, probably from more extensive cartoons.