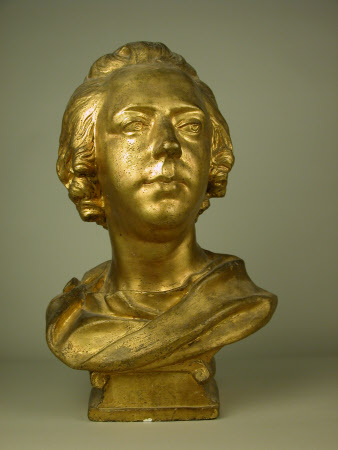 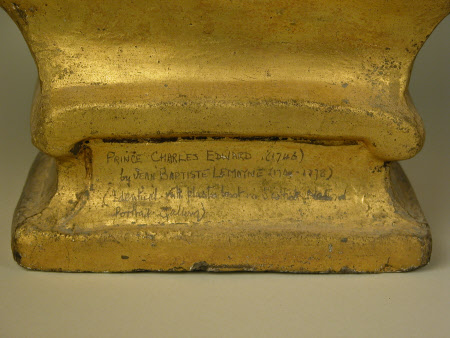 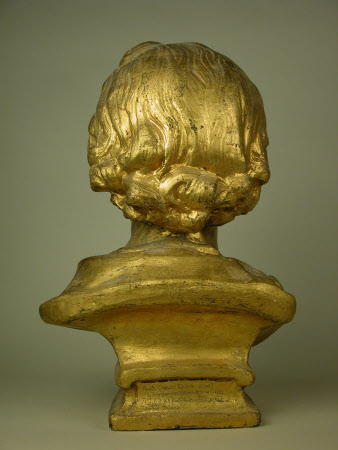 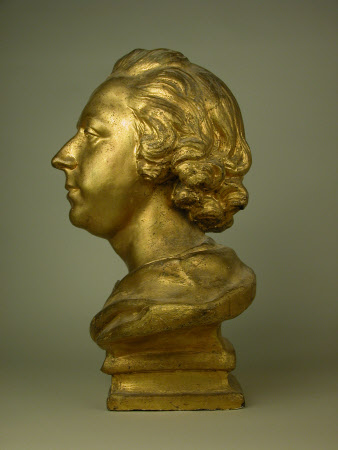 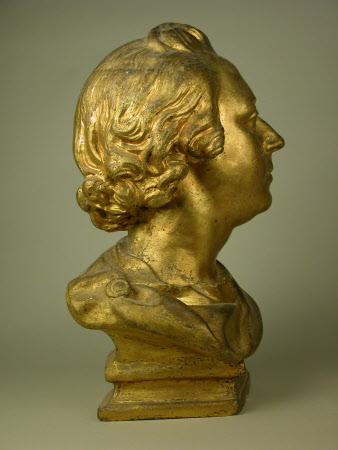 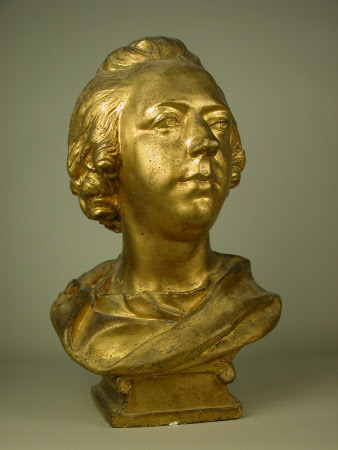 In 1688, the Stricklands’ loyalty to the Stuarts took them into exile with James II’s court at St Germain. The Stuart relics which came to the family as a result of this royal connection are some of the most emotive items at Sizergh. This bust reminds us that their support for the Jacobite cause continued into the eighteenth century.

Gilt plaster sculpture, Prince Charles Edward Stuart 'The Young Pretender' (1720-1788), after Jean Baptiste Lemoyne the younger (Paris 1704 – Paris 1778). The original of this portrait bust is lost, but an earlier plaster cast, bearing the date 1746 is in the Scottish National Portrait Gallery. Charles Edward Stuart, popularly known as Bonnie Prince Charlie, was the son of the 'Old Pretender', Prince James Francis Edward, and the grandson of the exiled King James VII and II, who was overthrown in 1688. In 1745, at the age of 24, he landed in Scotland, determined to regain the throne. However, despite taking his Highland army as far south as Derby, Charles's rebellion ended in defeat at the Battle of Culloden in 1746. He escaped to France and remained in exile for the remainder of his life.