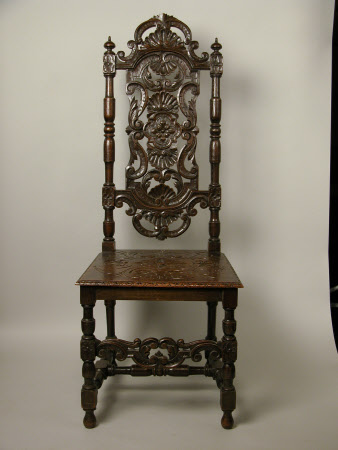 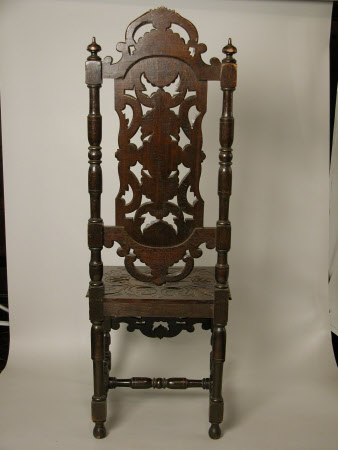 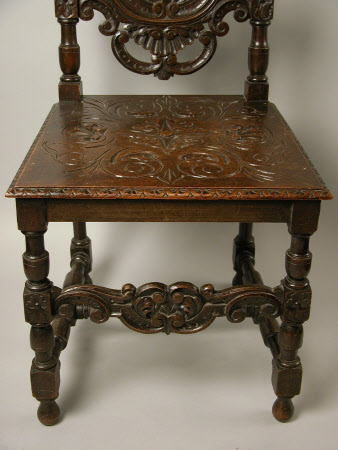 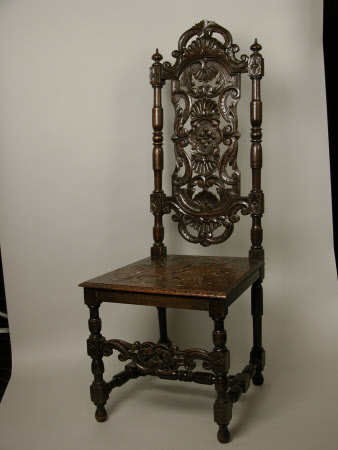 Carved and turned oak and beech

A chair, one of a set of six high-backed oak and beech chairs, Anglo-Dutch, mid-19th century, in the style of the late 17th/early 18th centuries. Each with elaborately-carved and pierced back of shells and scrolls beneath an arched toprail of 'S'-scrolls and a shell, between block-, vase- and ring-turned uprights topped by finials. The boarded seat carved with a four-pointed leaf and foliate scrolls and with carved edge, and raised on two block-, vase- and ring-turned front legs united by a pierced and carved stretcher of 'C'-scrolls. With outswept rear supports and turned 'H'-shaped and side stretchers.