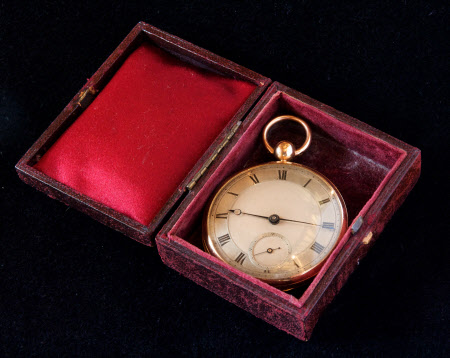 Gold pocket watch No. 1650 (Edab Mixte by de Breguet) owned by Charles Henry Talbot, only son of William Henry Fox Talbot of Lacock Abbey, was bequethed to his agent Richard Howard Foley (1876 0 1953), Tower House, Lacock and was further bequeathed to his son Eric John Foley, and was subsequently given to the National Trust in 1984.