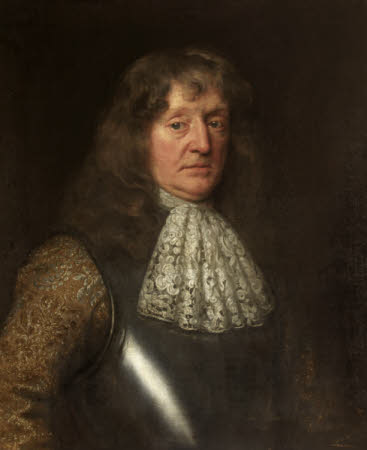 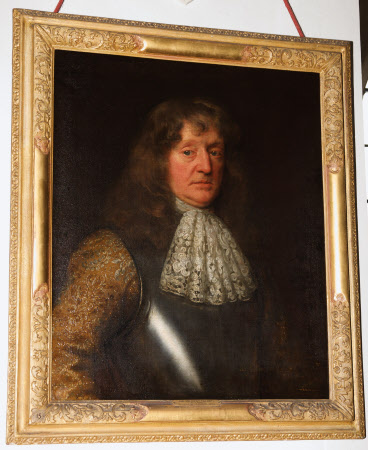 Sir Gilbert Talbot kept the royalist cause alive during the Commonwealth by helping to set up what became the Sealed Knot, a secret society plotting the return of Charles II. When his involvement in the conspiracy was revealed, he was thrown into Gloucester jail. On his release, he fled to France to join Charles II’s exiled court. The King was restored to power in 1660, but like many royalists who had suffered for their loyalty, he found it impossible to get any compensation for his financial losses. As a result, at the end of his long life he was obliged to settle at Lacock with his nephew Sir John Talbot, who had inherited in 1677. He was in Venice, at first as Secretary (1634-38), and then as Chargé d’Affaires (1638-44), for the Ambassador Extraordinary, Basil, Vt. Fielding, and after the latter’s departure, as Resident Ambassador (Jan-June 1645). John Hayls was a lesser competitor of Sir Peter Lely. The attribution has been both doubted and accepted by scholars. The sitter is conceivably the same as that in the inscribed oval head-and-shoulders in the collection of the Earl of Shrewsbury at Ingestre Hall.