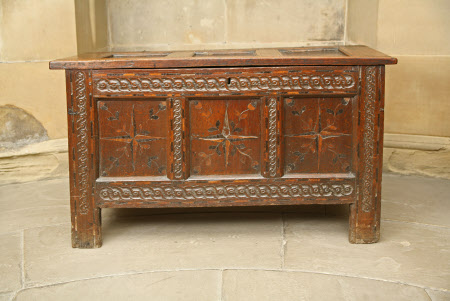 An oak and inlaid coffer, English, mid-17th century. The hinged top framed with three panels, and above a front also of three panels, all inlaid with 'compass' stars and flowerheads on delicate stalks and within rails carved with guilloched. The stile supports with chain carving.