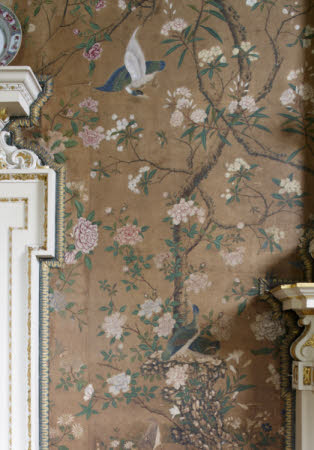 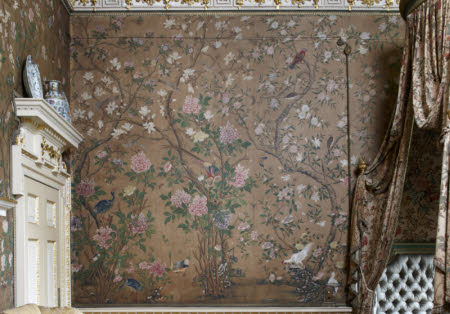 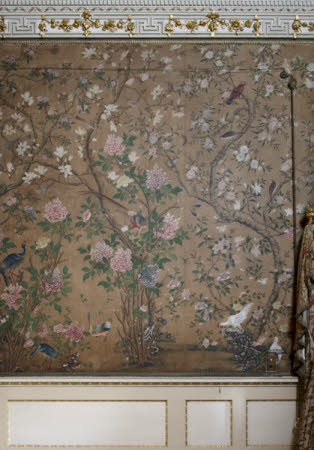 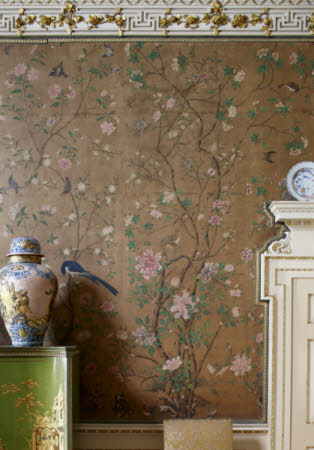 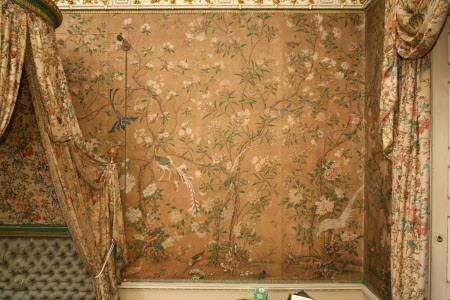 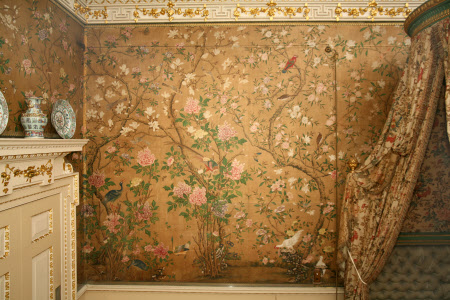 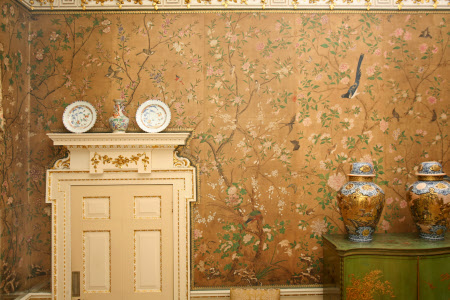 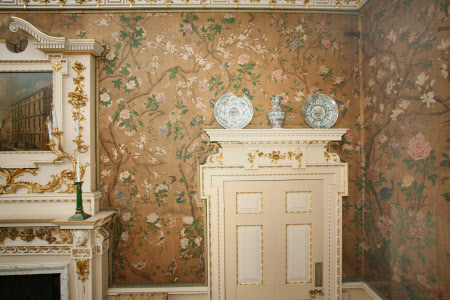 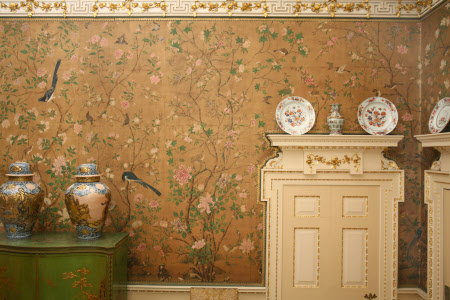 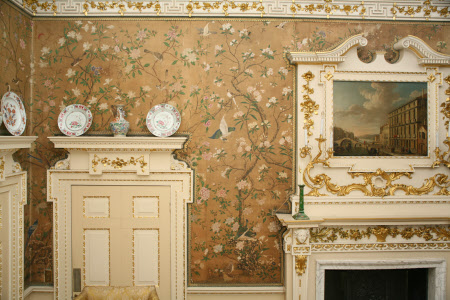 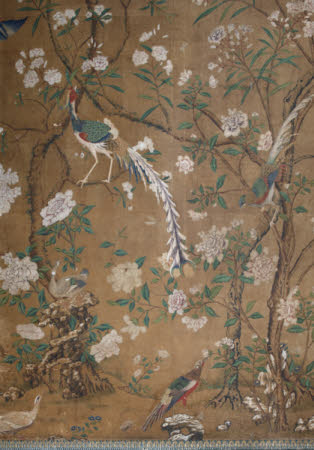 The visibility of parallel watermarks resulting from the paper-making process suggest that the painted ground is relatively thin. The wallpaper was mounted on strained textile over wooden boards. Other sections from the same wallpaper hang in the State Dressing Room and the State Dressing Room Bathroom at Nostell (NT 959654 and NT 959653). Very similar wallpapers survive at Blair House, Washington, D.C. (with a green ground; formerly at Ashburnham Place, West Sussex), at Cobham Hall, Kent (with a dark blue ground; Cobham Hall School), at Erddig, Wrexham (with a green ground), at château du Fayel, Oise, France (with a buff ground) and at the Victoria and Albert Museum, London (with a dark blue ground; E.3674-1913 to E.3682-1913). Some sections of English printed cotton produced in the mid to late 1770s are decorated with designs inspired by these wallpapers: two survive in the collection at Winterthur, Delaware (1958.0073.001 A-K and 1965.0027) and one at Cooper Hewitt, the Smithsonian Design Museum, New York (1953-19-3-a,b). See Emile de Bruijn, Andrew Bush and Helen Clifford, Chinese Wallpaper in National Trust Houses, Swindon, 2014, cat. 24, p. 31; Emile de Bruijn, Chinese Wallpaper in Britain and Ireland, London, Philip Wilson Publishers in collaboration with the National Trust, 2017, pp. 109–113.

This wallpaper was part of the 18 sheets of ‘fine India paper’ supplied and installed by the cabinetmaker Thomas Chippendale (1718–79) for Sir Rowland Winn, fifth Bt. (1739–85), in April 1771. It was given to the National Trust, as part of the house, by Rowland, fourth Baron St Oswald, in 1953. The wallpaper was treated in situ by Sandiford and Mapes Ltd in 2000.