A Shepherd and his Flock in a Landscape 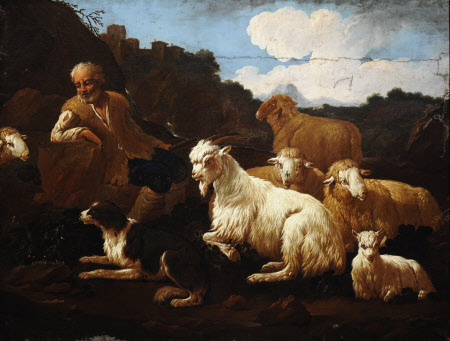 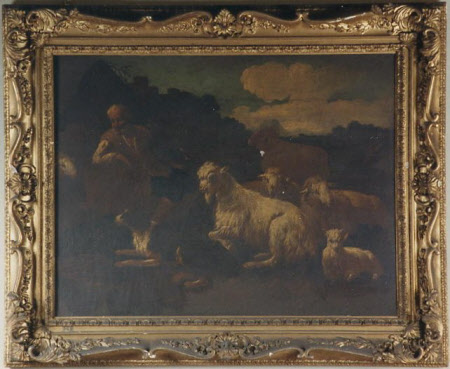 Oil painting on canvas, A Shepherd and his Flock in a Landscape by Philipp Peter Roos, called 'Rosa da Tivoli' (St Goar 1657 – Rome 1706). A bearded shepherd is seated in a landscape with his flock of sheep, a goat and his dog. An Italianate walled town can be seen up on a hill in the distance behind him against a blue clouded sky.

Probably one of three landscapes by ‘Rosa de Tively’ (‘the subject of them are groups of cattle and a shepherd’), bought by Charles Winn in 1830, from the dealer, Dr Oxley, at a cost of £25 for all three’;purchased by the National Trust by private treaty sale from Lord St Oswald in 2010

Brockwell 1915 Maurice Walter Brockwell, Catalogue of the Pictures and Other Works of Art in the Collection of Lord St Oswald at Nostell Priory, London 1915, 361