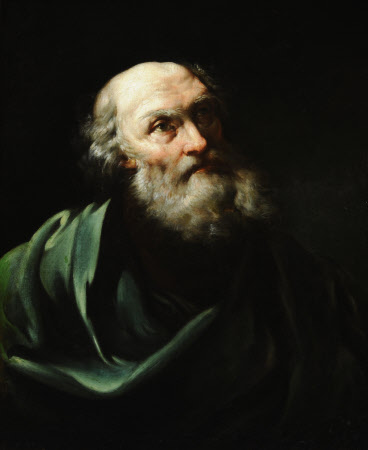 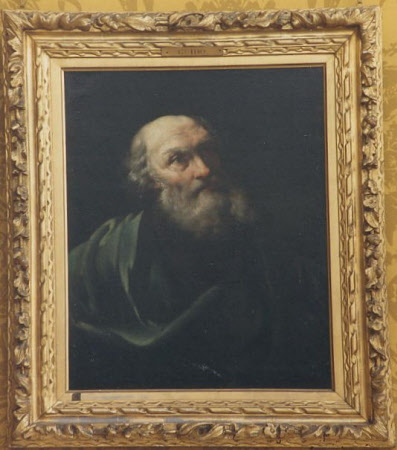 Oil painting on canvas, Saint Peter, manner of Guido Reni (Bologna 1575 – Bologna 1642), second half of the 17th century. A half-length portrait of an old man with a grey beard wearing a blue drape, possibly St Peter.

Brockwell 1915 Maurice Walter Brockwell, Catalogue of the Pictures and Other Works of Art in the Collection of Lord St Oswald at Nostell Priory, London 1915, no. 4