Apollo expelling the Forces of Darkness 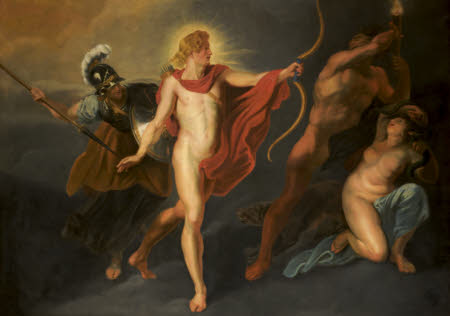 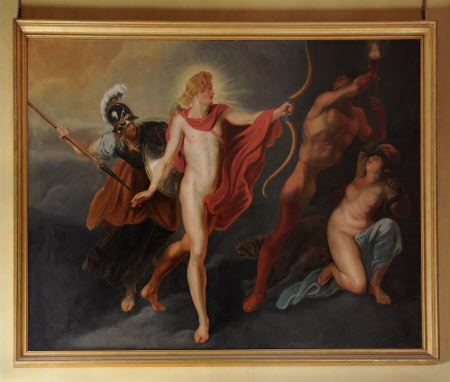 Oil painting on canvas, Apollo expelling the Forces of Darkness, after Sir Peter Paul Rubens (Seigen 1577 - Antwerp 1640). The original painting , of which the figure of Apollo is itself inspired by the antique statue of Apollo Belvedere in the Vatican, is now in the Louvre, Paris.