The Shipwreck of the Phoenix at Night on the Coast of Cuba, 4 October 1780 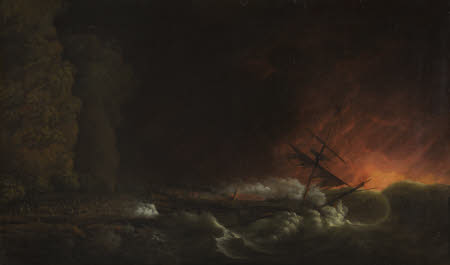 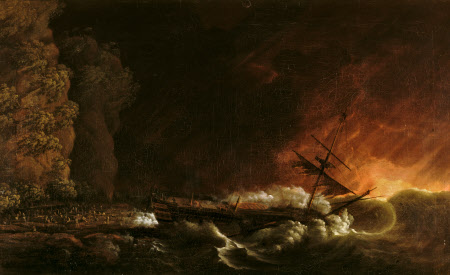 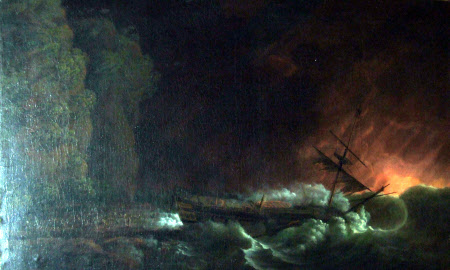 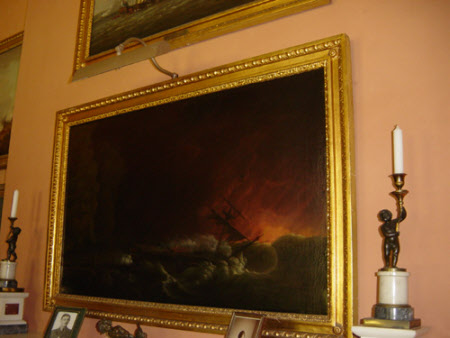 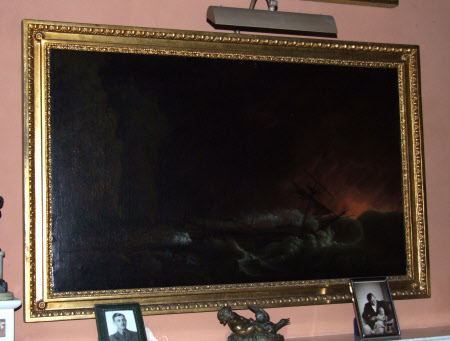 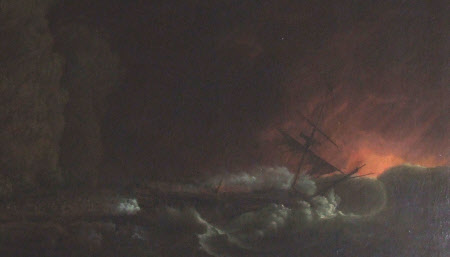 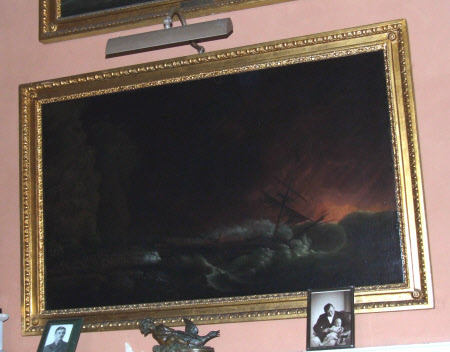 The wreck of HMS Phoenix, in the Caribbean on 4th October 1780, dominates the right of the painting. On the left, teams of men are hauling on ropes to enable sailors to escape from the ship.Sir Hyde Parker II, Captain of the Phoenix, managed to save almost all of his crew.

Oil painting on canvas, The Shipwreck of the Phoenix at Night on the Coast of Cuba, 4 October 1780 by Dominic Serres the elder, RA (Auch 1722 – London 1793), signed and dated lower left: Dominic Serres, 1781. Wreck at night with teams of men at left hauling on ropes down which sailors are climbing down from ship. Cliff and trees at left.

Part of the Hyde Parker collection, transferred from HM Treasury, 1966

Melford Hall, The Hyde Parker Collection (accepted by HM Treasury in lieu of inheritance tax and allocated to the National Trust, 1966)