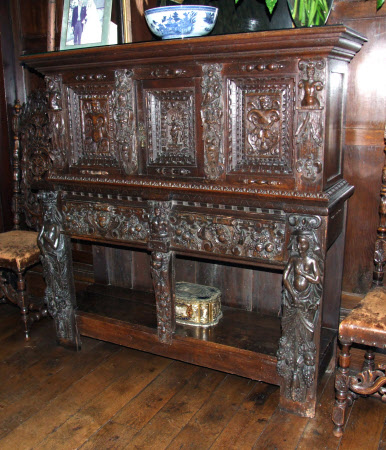 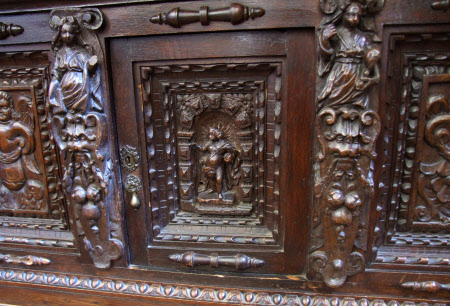 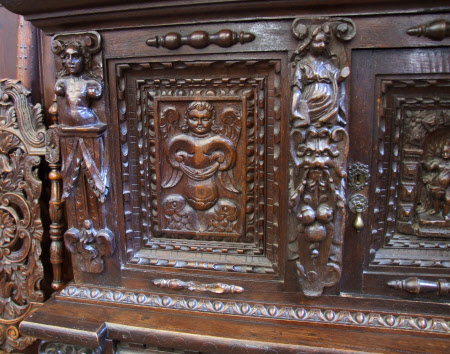 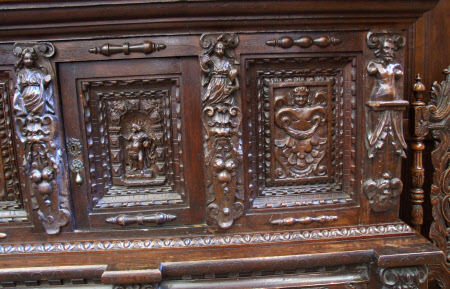 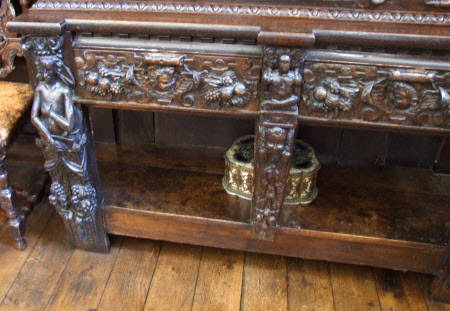 An oak livery cupboard, probably constructed in England in the 19th century in the 17th century style, but using carved elements of both English and Continental, largely Flemish, origin. Topped by a moulded cornice, above an upper cupboard faced by a panelled door flanked by a pair of fixed panels. The former an early 17th century panel of Christ and titled 'Emanuel'. The two outer panels probably late 16th century, and carved with cherubs bearing foliate drapery swags. The lower section a pair of drawers carved with masks between profuse foliage. The front uprights formed from Flemish figural terms of the late 16th/early 17th centuries. The rear stiles plain. All joined by a potboard. Applied throughout with turned split balusters of fruitwood.

Date of acquisition not recorded, but possibly acquired by Sir William Parker, 9th Baronet (1826 - 1891), the so-called 'Antiquarian' baronet. Part of the Hyde Parker Collection, and by descent to Sir Richard Hyde Parker, 12th Baronet (b. 1937). Melford Hall and part of the collection were Accepted in Lieu and transferred by the Treasury to the National Trust in 1960.