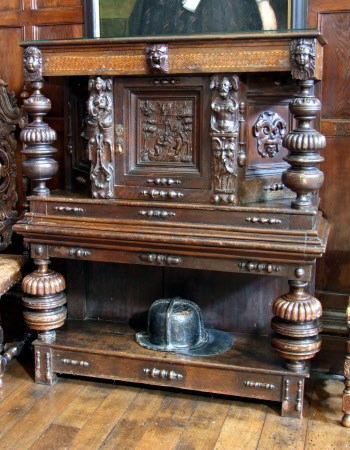 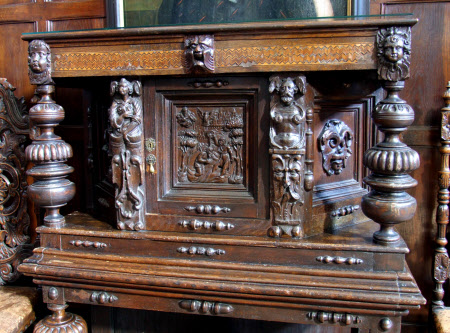 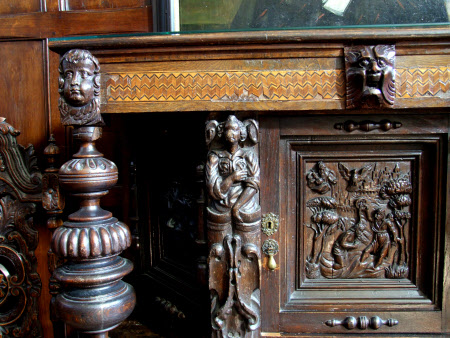 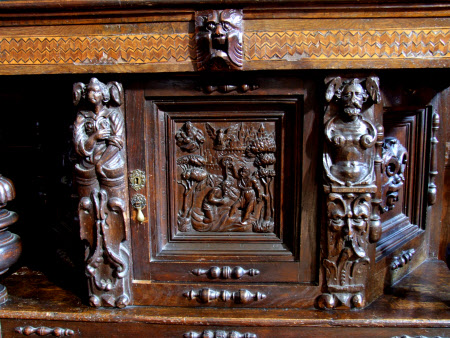 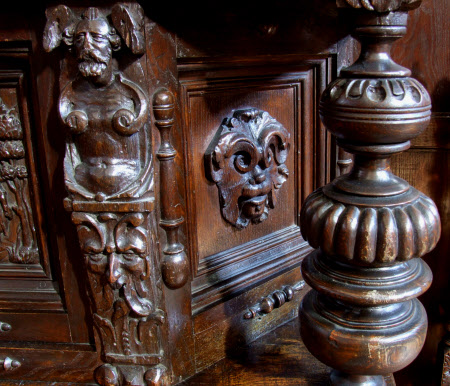 A joined oak standing livery cupboard, English, 19th century, made using 16th and 17th century turned and carved elements, some English, some Flemish. The frieze inlaid with bands of chevrons and with grotesque mask corbel mounts. The upper cupboard enclosed by two canted side panels applied with masks, and with a hinged door framing a Flemish panel of the Baptism of Christ by John the Baptist. A moulded middle tier enclosing a drawer above an open lower platform below. Both frieze and middle tier raised on different pairs of turned bulbous ring-turned and reeded and gadrooned columns. Applied all-over with split baluster mouldings.

Probably acquired by Sir William Parker, 9th Bt (1826 - 1891) to furnish the Hall at Melford Hall in an antiquarian style. Part of the Hyde Parker Collection, and by descent to Sir Richard Hyde Parker, 12th Baronet (b. 1937). The hall and part of the collection were Accepted in Lieu and transferred by the Treasury to the National Trust in 1960.