Silent Companion: Standing Figure of a Girl holding a doll (dummy board) 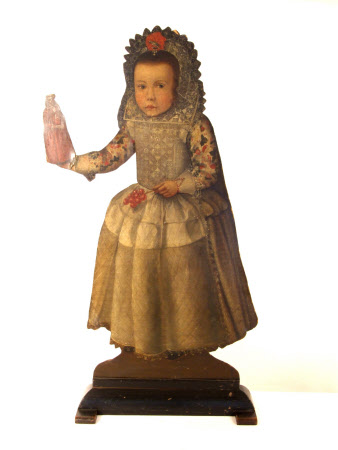 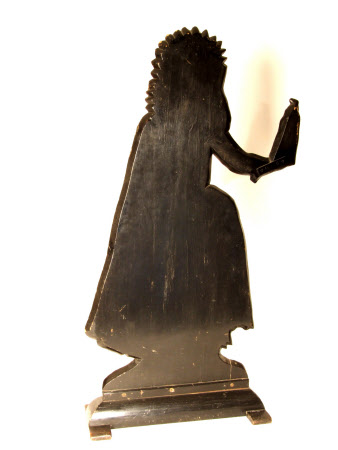 This wooden painted figure standing alone shows a girl holding a doll. It looks as if the figure has been cut out of a provincial Spanish portrait of about 1600 and then mounted on an ebonised wood base. These type of pictures are not really paintings but form part of the furniture, called dummy boards or ‘silent companions’ and are supported by a stand. They were usually found in entrance halls of houses, as greeters, or in front of fireplaces and acted as firescreens.

One of a pair of dummy board figures representing a Standing Figure of a Girl holding a doll (collectively known as ' Silent Companions') The figure presumably cut out of a provincial Spanish portrait of about 1600, mounted on ebonised wood base.

This item forms part of the original Drewe family collection at Castle Drogo. It was transferred to the National Trust in 2008.