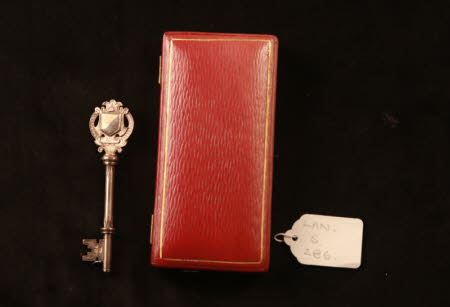 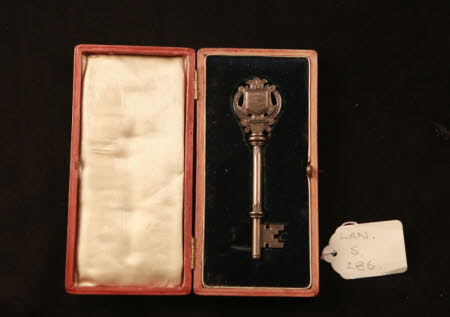 Silver presentation key in brown leather box. To commemmorate the opening of the Darite Institute by Viscount Clifden on the 13th April 1910.

A gift from the Hon. Gerald Agar-Robartes, later 7th Viscount Clifden, who gave Lanhydrock to the National Trust in 1953 and continued to live there with his sisters, Everilda and Violet, until his death in 1988.