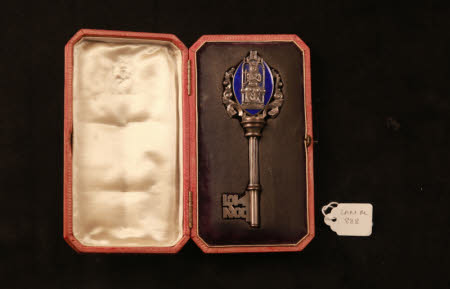 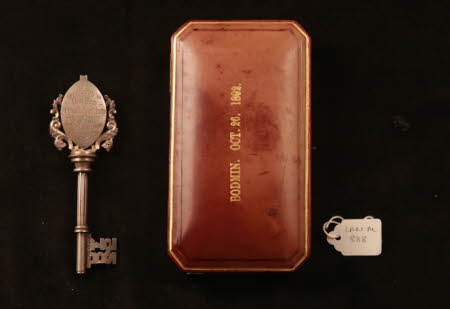 Silver coloured presentation key with blue enamel centre and silver St Petroc on the enamel, presented to the Hon Everilda Agar Robartes on the opening of the Bodmin Public Rooms on the 26th October 1892. . Key is in brown leather box with velvet and silk lining.

A gift from the Hon. Gerald Agar-Robartes, later 7th Viscount Clifden, who gave Lanhydrock to the National Trust in 1953 and continued to live there with his sisters, Everilda and Violet, until his death in 1966.