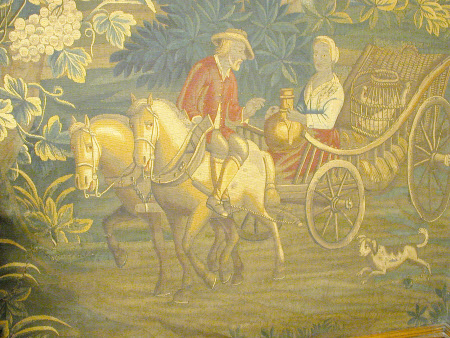 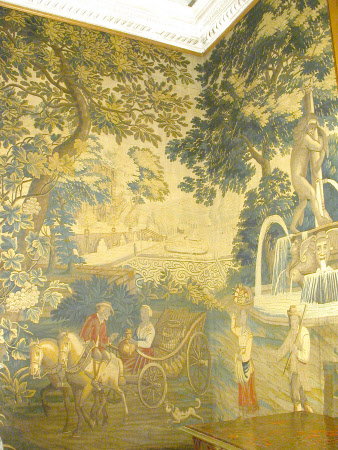 18th Century English tapestry, from a set depicting the months and showing a formal garden in the background and peasants going to market in a dog cart with their baskets in the foreground. Repaired. Possibly from Mortlake Factory, but similar to tapestries made by Willem Werniers (d.1738), a weaver of Brussels origin who worked in Lille, which was then part of France.

Given with the house to the National Trust by the 7th Viscount Clifden in 1953. George Wingfield Digby of the Victoria and Albert Museum writes that May is from the Mortlake Months set. There is a complete set at Ham House. May is illustrated in J.C. Marillier's English Tapestries of the 18th Century, (Medici Society, 1930) plate No.22. This illustration is from Lord Ilchester's set. There is another fine set with border in the Royal Collection at Buckingham Palace.