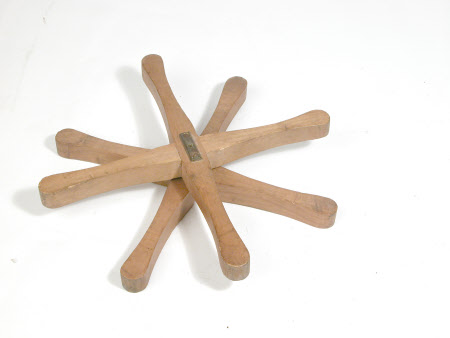 When the game of tennis moved from indoor courts to outdoor lawns, wooden rackets were exposed to moisture and changes in humidity. As a result, the frames suffered from warping and distortion. Racket presses, like this example at Lanhydrock in Cornwall, were used to keep the frame flat and taut. In the 1980s, tennis rackets began to be manufactured from non-wood composite materials, and racket presses became obsolete. This racket press may have belonged to Thomas Charles Agar-Robartes, 6th Viscount Clifden (1844 - 1930). Lawn tennis was a popular Victorian pastime and was played by Thomas and his family on the court at Lanhydrock.