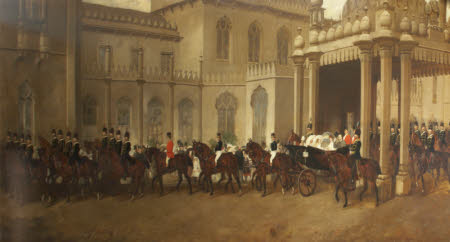 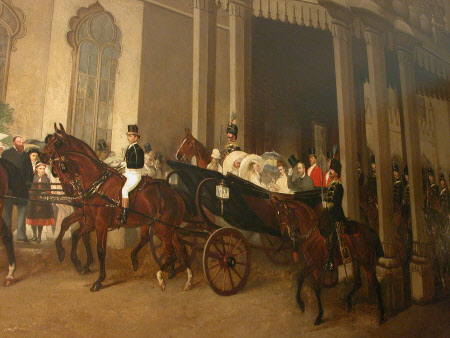 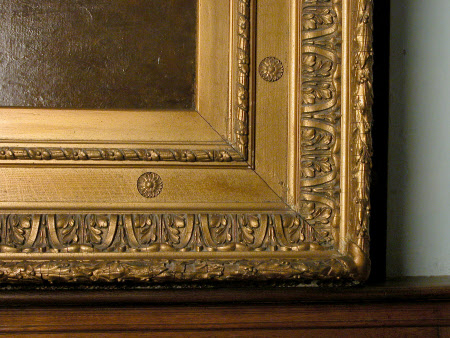 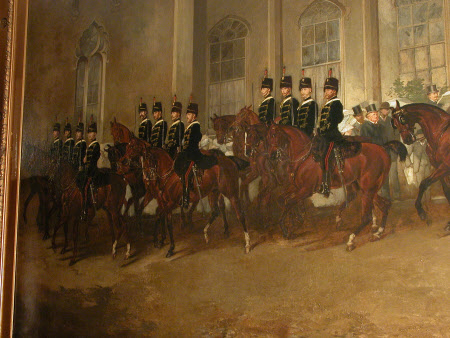 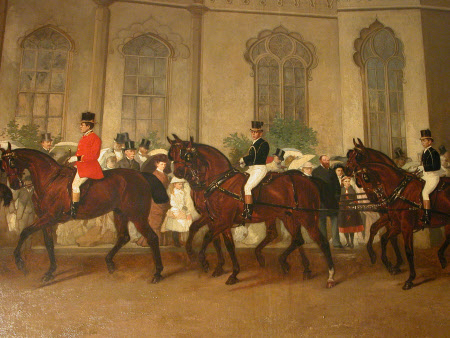 Oil painting on canvas, HRH Albert Edward, Prince of Wales (later King Edward VII), in a carriage procession at Brighton by Major John E. Chapman Matthews (1842 - 1927), 1880. The Prince of Wales, later Edward VII, is shown leaving Brighton Pavilion with a Captain's escort of the Middlesex Yeomanry on the occasion of its opening in 1880. In the carriage are the Prince of Wales, Princess Alexandra and their three daughters, the Princess Royal, the Princess Maud, Queen of Norway, and Princess Victoria. In the foreground is Major Henry John Tritton, with five other members of his family depicted to the left of the carriage: Emmeline Caroline Alexandra Tritton, Anna Isabella Tritton (wife of Major Tritton), her brother, Colonel James Hornby Buller, and to his left, Mildred Isabella Tritton. In front of her is Blanche Georgina Hornby Tritton. The artist can be identified as the Captain seen to the left of the carriage.

Following the death of Major Tritton in 1922 the painting was given to the R.G.A. Territorial Army Drill Hall in Plympton, where it hung until April 1967. On the closure of the Drill Hall, the painting was given to Walter Nicholas Radcliffe of Warleigh, then Lieutenant in the Royal Devon Yeomanry, who removed it to Warleigh House near Plymouth, where his grandmother, Mrs E.C.A. Tritton lived for many years. On the sale of Warleigh House in 1970, Mr Radcliffe gave the painting to the National Trust to be hung at Lanhydrock.