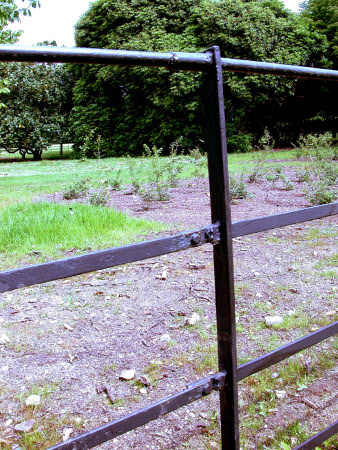 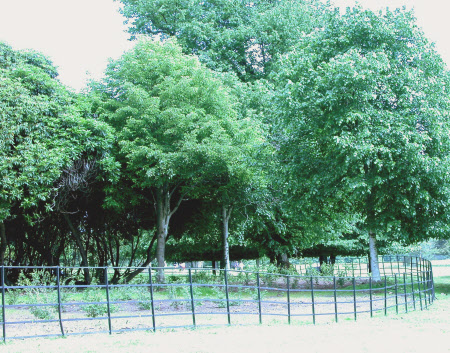 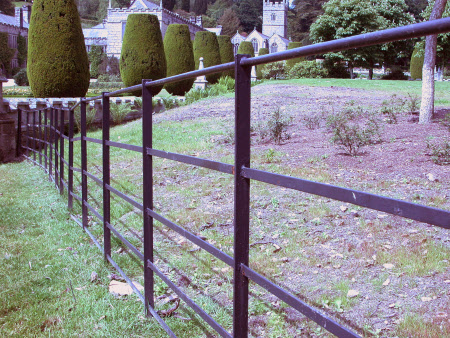 Painted steel railings from the gatehouse to the church circle

A gift from the Hon. Gerald Agar-Robartes, later 7th Viscount Clifden,1883-1966, who gave Lanhydrock to the National Trust in 1953 and continued to live there with his two sisters, Everilda and Violet, until his death in 1966. Having been taken down these were put back and restored by Bill Norris in the late 1980's/early 1990's.