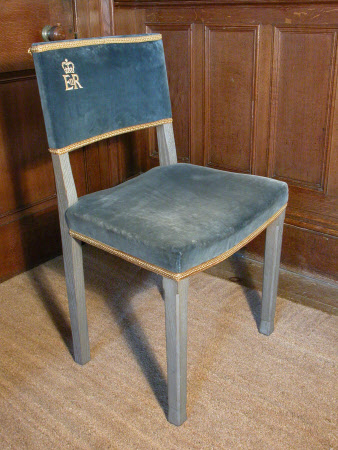 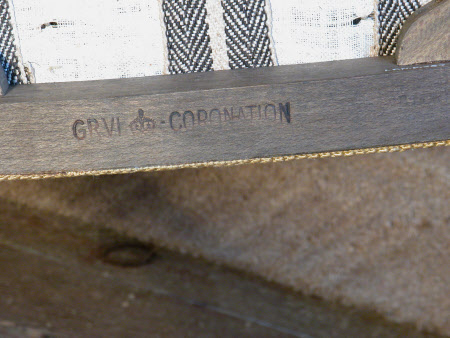 A Coronation chair used at the Coronation of King George VI on 12 May1937 in Westminster Abbey. With blue velvet back and seat, on limed oak square legs. On the back, top left the Royal monogram GR below a crown is stitched in gold and there is gold braiding on both the back and around the seat. Also stamped GRVI (with a crown) CORONATION to the underside of the front seat rail and B NORTH & SONS to the underside of the rear seat rail.

B. North & Sons of West Wycombe advertised themselves as 'Wholesale Chair Manufacturers' in 1895. They were commissioned to provide chairs for the 1937 Coronation.

Acquired during transfer of Lanhydrock to the National Trust in 1953.