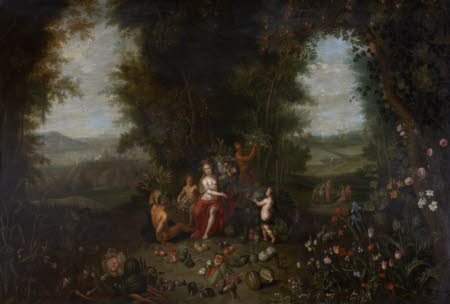 Oil painting on copper, The Four Elements: Earth after Jan Brueghel the elder (Brussels 1568 - Antwerp 1625). One of four paintings depicting the four elements, water, earth, air and fire. Earth is represented by Cybele, as the goddess of Nature, surrounded by its fruits, accompanied by satyrs or fauns, as spirits of the woods and fertility.