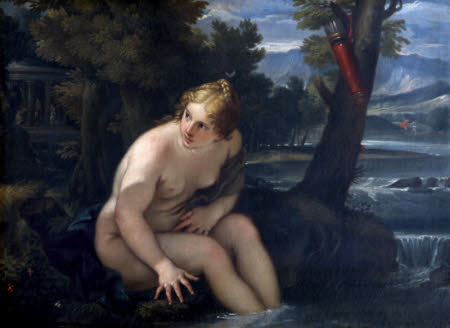 Oil painting on canvas, Diana Bathing by Pietro de' Pietri (Cremia 1663/5 - Rome 1716), after Carlo Maratta (Camerano 1625 – Rome 1713). Seated in the foreground on a river bank beneath a tree, her feet in the water, her quiver hanging from a branch. At the left a circular temple among trees, with nymphs. Two figures (Diana hunting?) right behind.