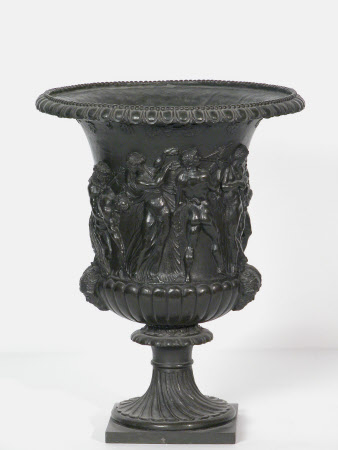 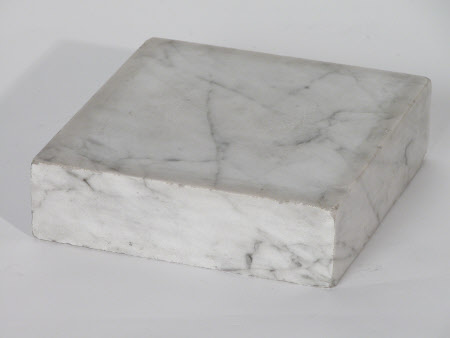 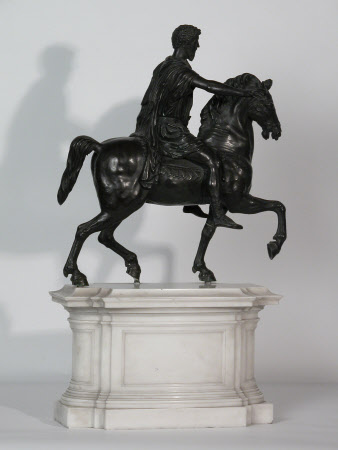 Part of a bronze garniture de cheminée cast in Rome at the foundry of Giacomo and Giovanni Zoffoli, 1793, consisting of a central equestrian figure of Marcus Aurelius, two seated figures of Agrippina and Menander, the Capitoline Flora and the Farnese Flora, and the Borghese and Medici Vases.