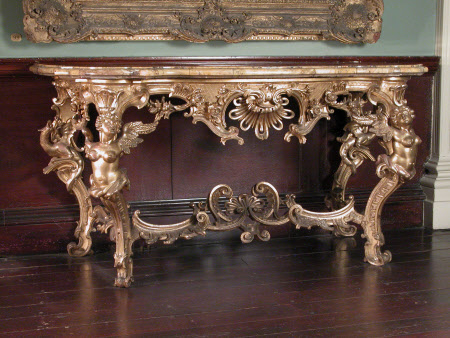 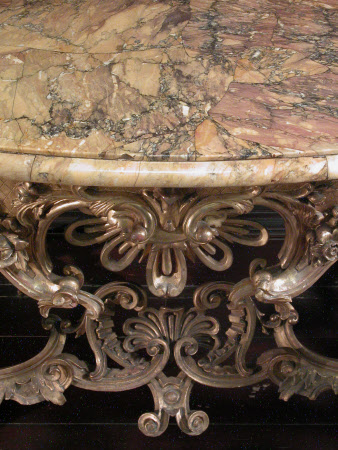 A carved and gilt serpentine side table, Italian, early to mid-18th century. The top veneered with Sienna-type marble above a moulded frieze. Raised to the front on a pair of moulded cabriole legs carved as winged cherubs atop 'S' scrolls. The rear legs carved with winged dragons. The front frieze centred by an anthemion-type pierced flower between scrolls and mounted with flowerheads. The legs united by an undulating cross stretcher centred by an anthemion amidst scrolls.

Date and method of arrival at Saltram not recorded; but at Saltram by 1951 and accepted by HM Treasury in lieu of full payment of Death Duty from the Executors of Edmund Robert Parker (1877 - 1951), 4th Earl of Morley and transferred to the National Trust in 1957.