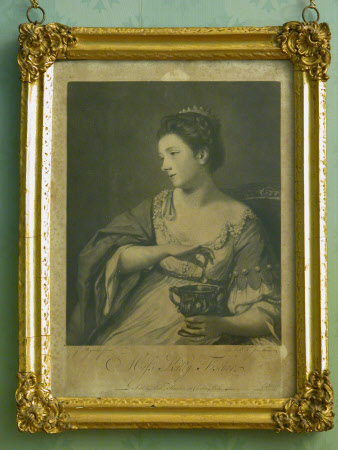 A print of this title is included in a manuscript list c. 1902 of prints at Saltram, believed to be in the handwriting of Albert Edmund Parker(1878-1905), 3rd Earl of Morley and by descent to Montagu Brownlow Parker (1878-1962) and formed part of the endowment given to NT following the transfer of the property etc in 1957.