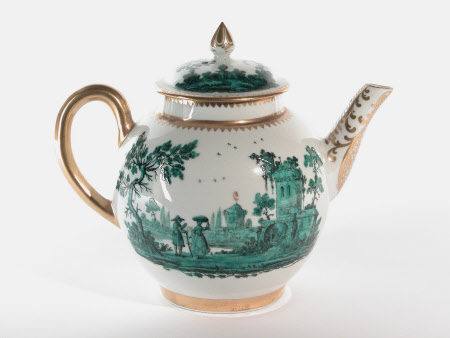 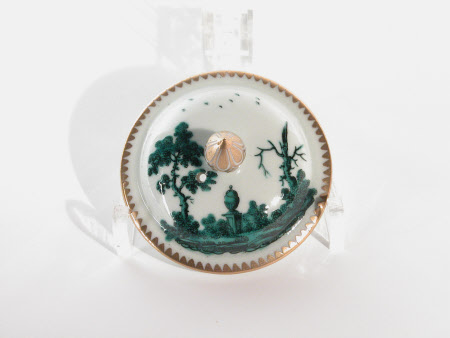 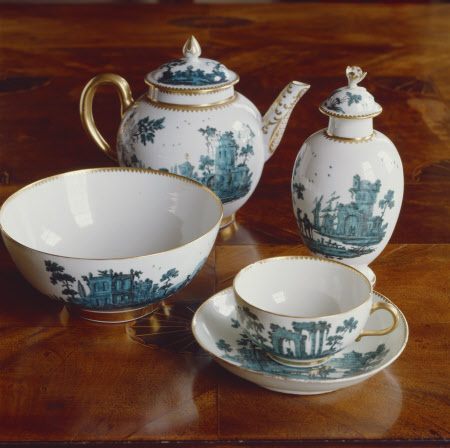 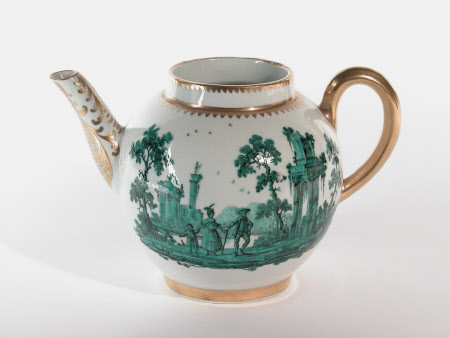 An unusual and rare Worcester Porcelain Factory tea and coffee service c.1770,painted with small figures in landscapes with ruins and trees in rich green and black enamels with a gilt dentil border.Probably decorated in the London studio of James Giles (1718-1780)

Teapot from a Worcester tea and coffee service. The service is of a type of decoration associated with James Giles with buildings, ruins and figures in green and black, all with gilt borders and dentil edges. Teacups and saucers with crossed sword marks, in imitation of Meissen, and the numeral 9 in under-glaze blue. Originally a 35 piece set.

Not recorded as at Saltram until a 1924 valuation, accepted in part payment of death duties by HM Treasury from the executors of Edmund Robert Parker (1877-1951), 4th Earl of Morley and transferred to NT in 1957