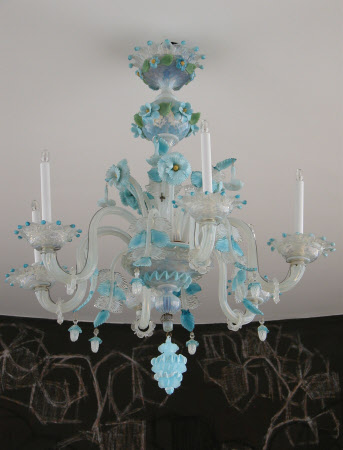 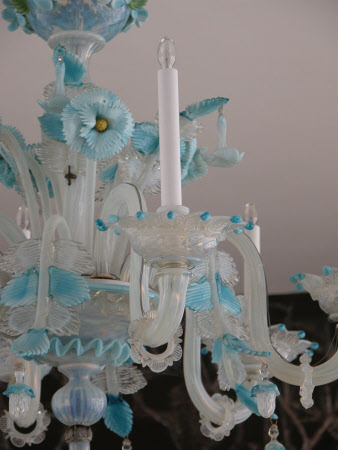 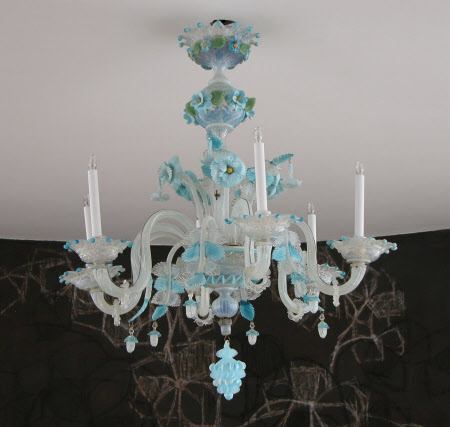 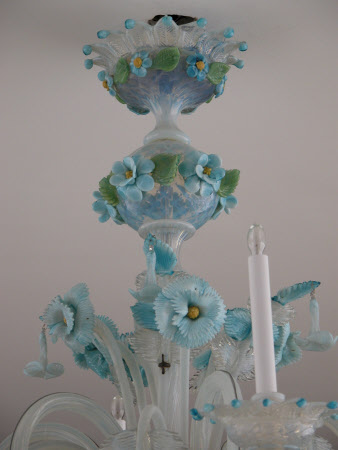 The Homewood was designed and built by Patrick Gwynne for his parents. His father Naval Commander Alban Gwynne chose this chandelier for the house. His parents would have “one good year” in the house before dying early in World War Two.

When this chandelier was made, about 1900, Venetian glassmakers were experiencing a revival of commercial success, producing glass with with with bright colours, using modern formulations and technology. This type of lighting design, based on 18th-century examples, continued to be made throughout the 20th century for both public and domestic settings. They were often bought as expensive tourist souvenirs. The island of Murano, Venice, has been a centre of glass production since the 7th century. Glass became the most important Venetian export commodity from about the 13th century onwards. Glassmakers developed innovative techniques such as fine colourless glass with a high silica content, which was particularly suited to detailed manipulation when hot. Chandeliers of this type, with elaborate blown and pincered decoration, began being produced in the 18th century and were highly desirable across Italy and Europe. Giuseppe Briati (1686 - 1772) was one of the most skilled glassmakers specialising in these chandeliers and later versions, such as this example at The Homewood, emulate his accomplished designs.