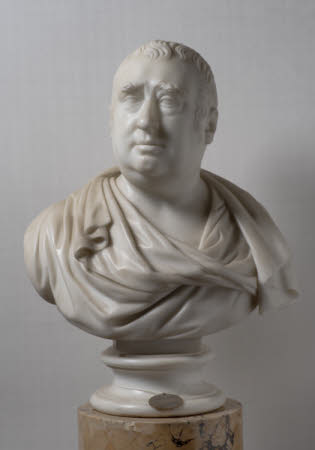 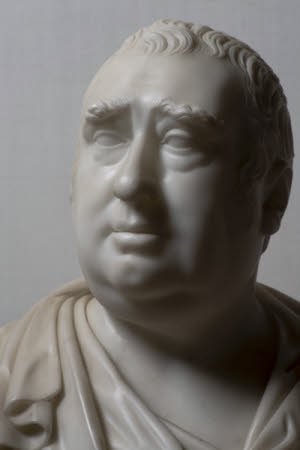 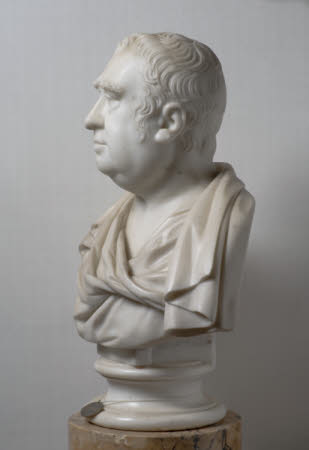 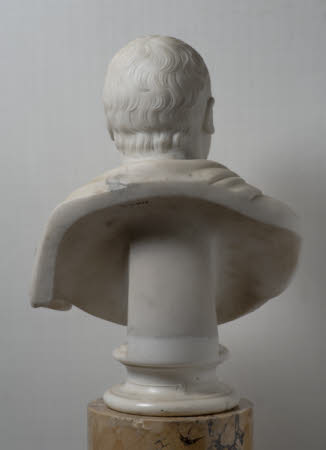 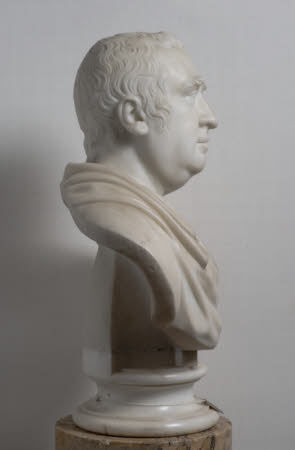 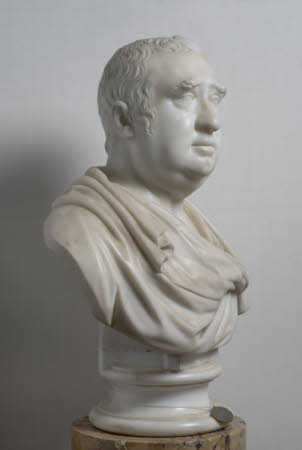 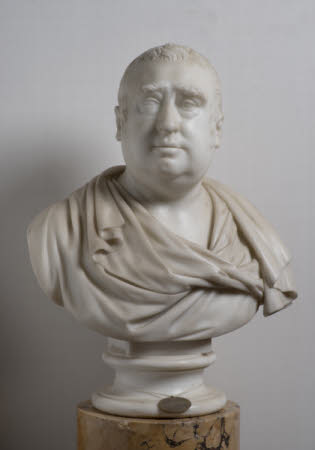 A portrait bust of Charles James Fox, a Whig politician who was Britain’s first Foreign Secretary, serving in the post for three brief stints in 1782, 1783 and 1806. A political radical with a notorious private life, Fox is remembered for his skills as an orator, his republicanism - he opposed George III and supported the French Revolution - and his campaign to abolish slavery. Nollekens produced two busts of Fox in 1791 and 1802. Numerous versions of both types exist, however this example at Ickworth is of the second Fox, depicted with cropped hair rather than the curly toupee of Nollekens' earlier model (see Yale Center for British Art, Paul Mellon Collection, inv.no. B1977.14.16). The sculptor's busts of Fox were usually paired with busts of Fox's Tory rival William Pitt the Younger (1759-1806). Together they became known as 'stock pieces' in Nollekens' repertoire and were produced at a prolific rate for country house collections across Britain. Variants of the 1802 bust are in the Victoria and Albert Museum, London (inv.no. A.1-1945), Lady Lever Art Gallery, Liverpool (inv.no. LL726) and in the National Portrait Gallery, London (NPG 3887). Alice Rylance-Watson January 2019