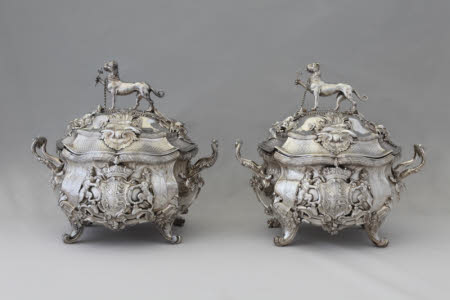 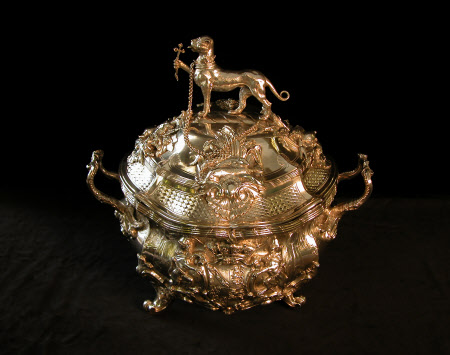 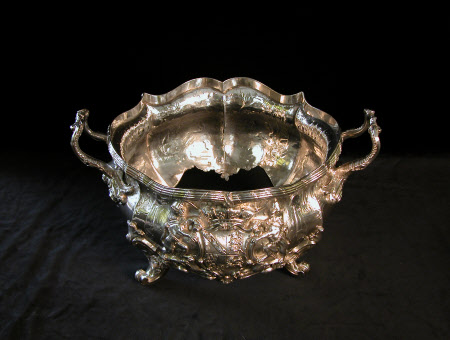 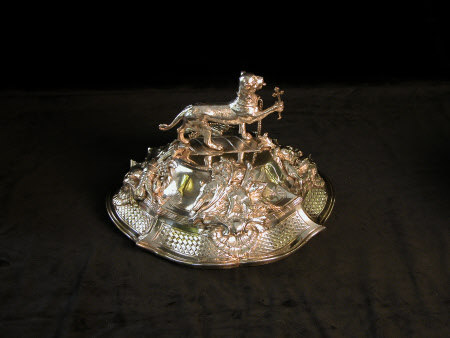 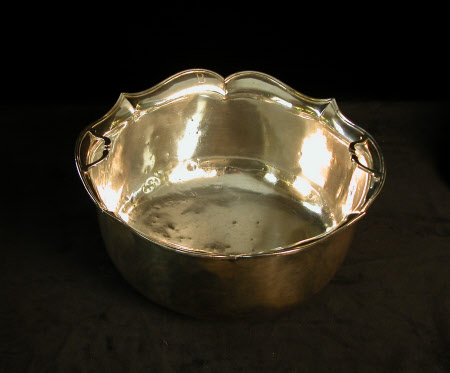 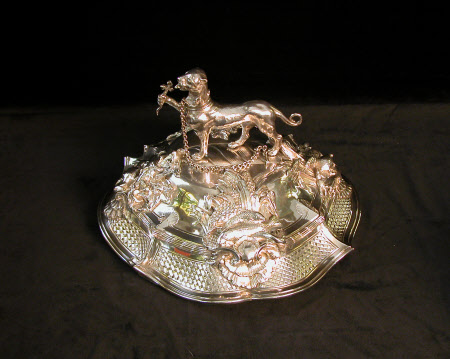 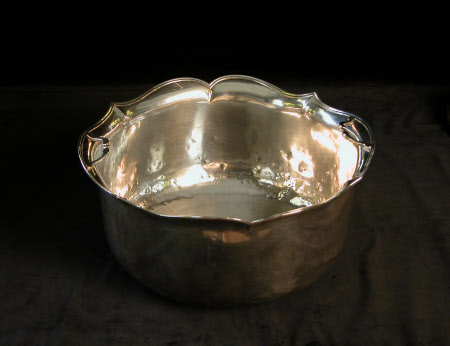 A pair of round tureens almost certainly by either Andrea Boucheron or Paulo Antonio Paroletto, or them both working together. Although their maker’s marks are lacking here they are present on many of Lord Bristol’s other Turin commissions and as the most prestigious and talented goldsmiths then working in the city it seems highly unlikely that the premier pieces made for the English envoy would not have been executed by them, or at least to their design. The shaped circular ‘bombé’ bases of the tureens each rest on four cast and applied foliate scroll feet, the foliage continuing around the lower edge of the body, intertwining at either end with scroll and rocaille-work that rises around root vegetables to the shell-and-leaf upturned handles. All this detail is cast and applied as are the coats of arms on either side with frilled shields contained within C- and S-scrolls. Behind are chased ermine mantles and a chased lambrequin band with flutes and ovals sits below a cast and chased reed-and-tie moulding applied to the lip. The undersides have been cut out of the tureen bases around the peripheral scrollwork. The domed covers are shaped to conform to the bases and have seamed bezels. Above a simple moulded rim are chased horizontal panels of diaper-work and then another cast reed-and-tie moulding. At the corners above this moulding are chased shells and spanning it at all four centres are large cast shells and scrolls which support four distinct cast and chased trophies. Those above the coats of arms have fish and an eel in front of bullrushes and a net, and a rabbit or hare against celery and an artichoke, whilst above the handles there is a group of a turtle, lobster and fish and, finally, game birds with a turnip and cauliflower against a net with water plants and root vegetables. The cast handles are in the form of ounces, or snow leopards, ducally collared and chained, each holding a trefoil. Both covers have had their bezels crudely manipulated to try to get them to fit the bases properly. The plain oval liners are raised and have rims shaped to fit the bases, applied moulded borders and two cast and applied swan-neck-and-ball handles fixed horizontally and secured by rivets. Heraldry: On either side of each tureen is the cast, chased and engraved quartered shield, supporters and motto of the 2nd Earl of Bristol beneath an earl’s coronet and against a chased ermine mantling. The finial handles of the covers are in the form of the Hervey crest.