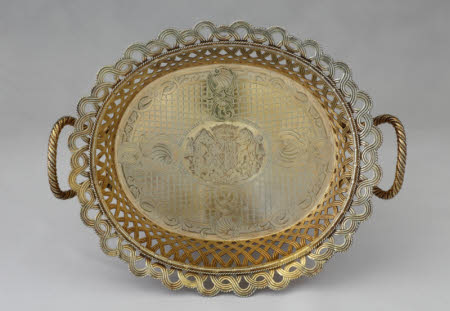 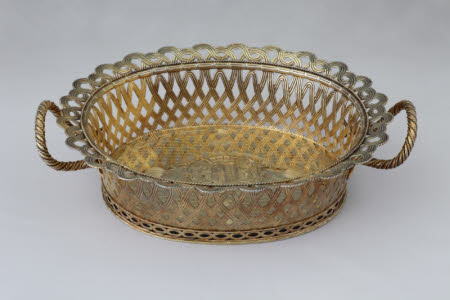 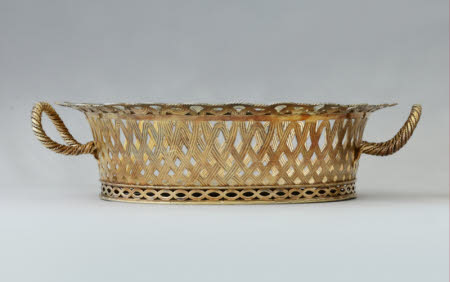 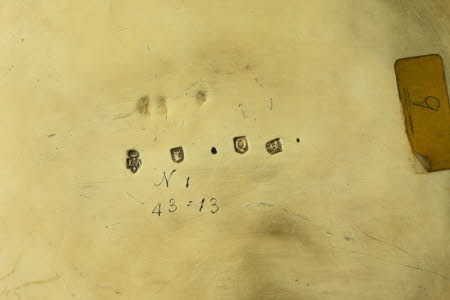 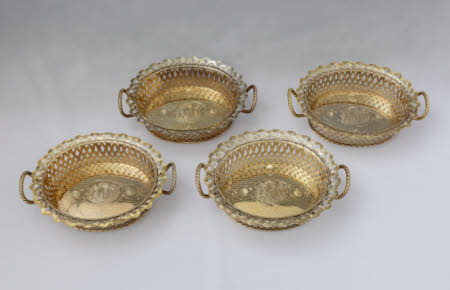 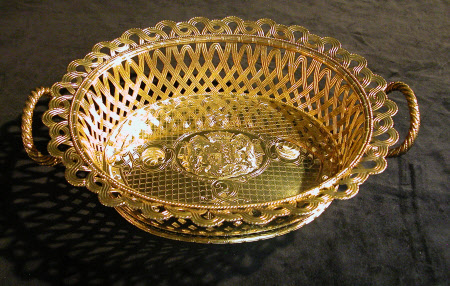 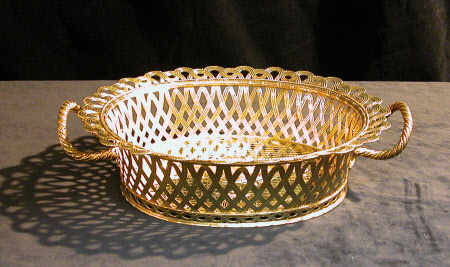 Bread basket, subsequently dessert basket, Britannia silver, originally ungilded and made as a bread basket, by Paul de Lamerie, London, 1731/2. A copy was made in 1752/3 by Frederick Kandler (NT 852063.2). Probably gilded in 1768/9 when the final two copies were made (NT 852063.3-4). The body of the basket has been raised from a single sheet to form an oval with a flat base, slightly angled sides and flared rim. The sides and rim are pierced in a graded diaper pattern and chased inside and out to resemble plaited willow-cane basketwork. A corded wire is soldered to the outer edge of the rim. At the angle between the rim and the sides, on the inside face, is a reed-and-tie moulding surmounted by a narrow corded wire. These are soldered against a plain, unpierced band of the body, presumably left to provide strength. The rising loop handles are constructed of three thick wires twisted together with narrow corded wires and terminating in the form of tendrils soldered to the body of the basket at the narrow ends. The rim foot is made up of a seamed strip pierced with interlocking open ovals and bounded by reed-and-tie mouldings. The floor of the basket is engraved in a late Régence style with trelliswork, shells, scrolls and straps, the outer band being hatched to imply shading. Heraldry: The centre of the floor of the basket has been re-engraved circa 1754 with the quartered shield, supporters and motto of the 2nd Earl of Bristol within an ermine mantling and beneath an earl’s coronet.

Probably John, Lord Hervey; by descent to the 4th Marquess of Bristol; accepted by the Treasury in lieu of death duties in 1956 and transferred to the National Trust.