A Barber outside the American Factory in Canton (Guangzhou, China) 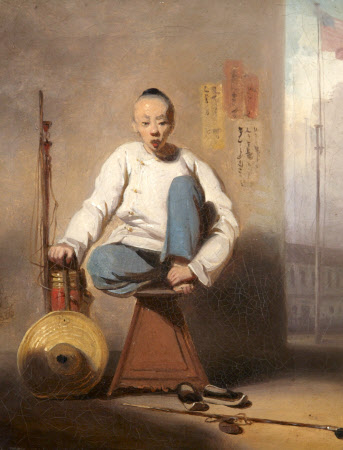 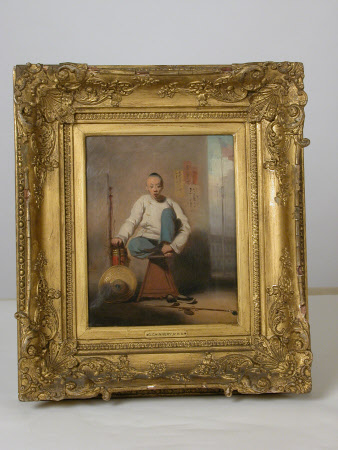 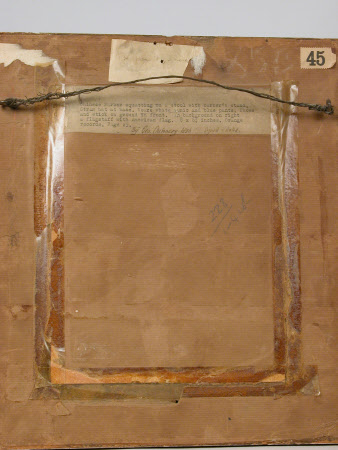 Oil painting on canvas, A Barber outside the American Factory in Canton (Guangzhou, China) by George Chinnery (London 1774 – Macau 1852), signed and dated lower left: GC [monogram] / 1836. A barber in white and blue sits on a brown triangular storage box which doubles as a stool. He rests his right hand on a red charcoal stove against which is propped a foldable pole for carrying equipment across the shoulders. His straw hat, black shoes, pipe and tobacco pouch are on the ground beside him. Bills with approximations of Chinese characters are pasted on the wall. The American 'factory' at Guangzhou is seen in the background, identified by the flag of the United States of America.

From collection of Mrs Dames Longworth; Nellie Samuel, Mrs Ionides (1883 - 1962), Buxted Park, Sussex; purchased by Miss Dorothy Dillingham at Marshal Spinks and bequeathed by her in 2004