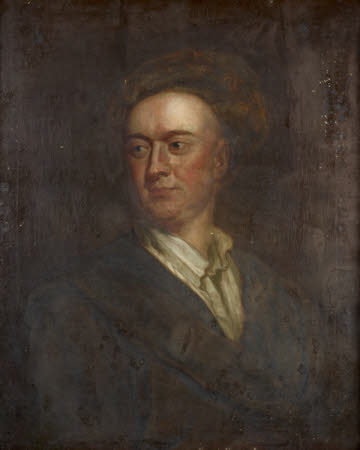 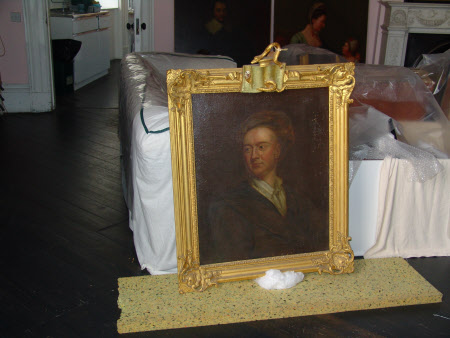 Oil painting on canvas, Dr John Arbuthnot (1667-1735), after Sir Godfrey Kneller (Lübeck 1646/9 - London 1723). A head-and-shoulders portrait, looking half left. He has blue eyes and is wearing a turban-like hat, a loose white shirt and a dark coat. Dark background. Dr John Arbuthnot MD (1667-1735), physician to Queen Anne; publisher of political pamphlets and friend of Swift and Pope. It was in the latter's Epistle to Arbuthnot that the bitter attack on Lord Hervey as Sporus appeared.

By descent to Rear Admiral Frederick William Fane Hervey, 4th Marquess of Bristol (1863-1951), on whose death valued for probate; accepted in lieu of tax by HM Treasury, and transferred to the National Trust in 1956