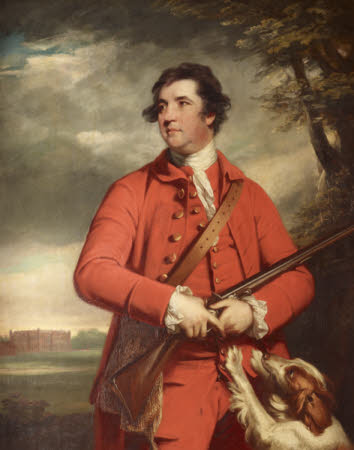 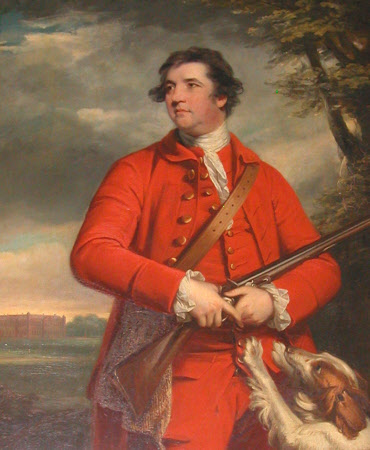 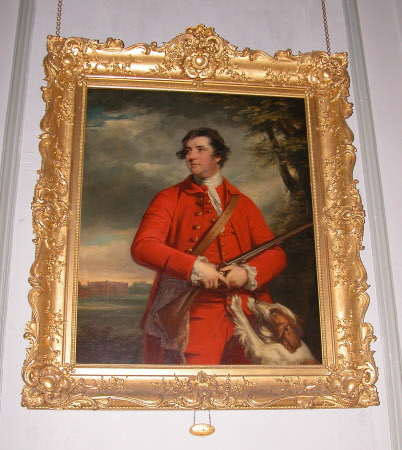 Sir Charles Davers was the third legitimate son of Sir Jermyn Davers, 4th Bt, and Margaretta Green of Drinkstone, who was originally Sir Jermyn’s mistress. He succeeded his brother, Sir Robert, to Rushbrooke and the baronetcy in 1763. His sister, Elizabeth, married Frederick Hervey, 4th Earl of Bristol and Bishop of Derry (1730-1803) of Ickworth. He represented Bury in five Parliaments and is said to have been secretly married in America. On his return to England, he lived at Rushbrooke with one ‘Madam Trice’, a native of Bury, and had a large family by her. It was said of Sir Charles Davers that “unlike his brothers, he was of robust type. A bluff, outspoken country gentleman, a sportsman and a noted figure at Newmarket Races.” Reynolds Pocket Book records sittings for this portrait in 1773 and a payment of 70 gns in 1776.

Oil painting on panel, Sir Charles Davers, 6th Bt, by Sir Joshua Reynolds (Plympton 1723 - London 1792), 1773. A three-quarter-length portrait of a man, turned slightly to the right, head turned and gazing to the left, standing, in a landscape, wearing a red coat with gilt buttons and white stock, short windblown brown hair, holding a gun across his body, a game bag slung over his left shoulder; a brown and white dog jumps up at him; in the distance, left, is a view of Rushbrooke Hall, demolished in 1961. Charles Davers, the second legitimate son of Sir Jermyn Davers 4th Bt, succeeded to the baronetcy on the death of his brother Robert in 1763. He was the brother-in-law of the Earl-Bishop, who had married his sister Elizabeth in 1752. The Davers were a long-established Suffolk family who lived at Rushbrooke Hall, which can be seen in the background of the picture