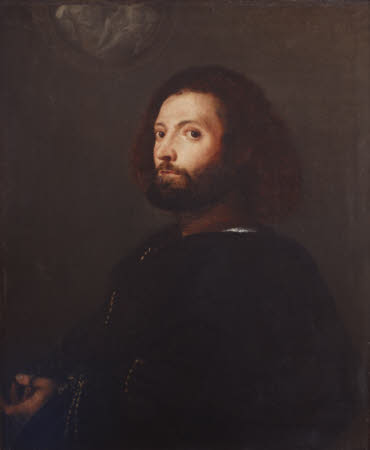 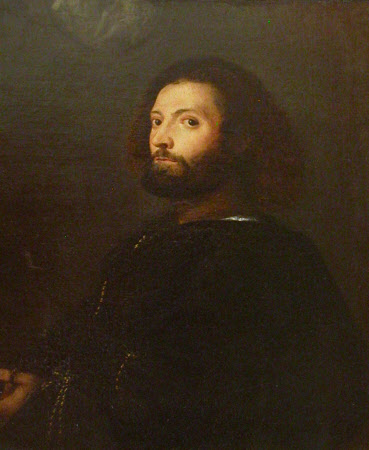 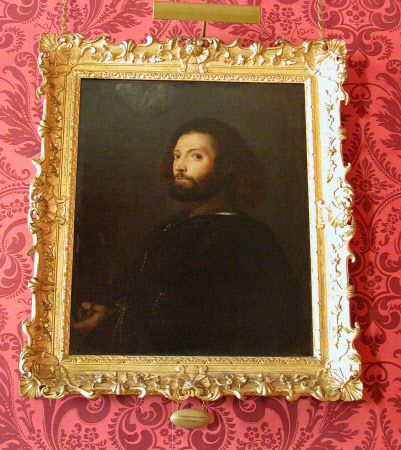 The nobility and intensity of the face in this damaged early work by Titian makes it the most remarkable of the portraits in the collection at Ickworth. The style is typical of Titian’s work in the early 1510s. It is close to the National Gallery ‘Man with a Blue Sleeve’, both in composition and style. Titian painted a number of portraits of young men at this time. The sitters are all of a similar age, and probably recommended the artist to each other. The psychological insight in these pictures suggests that Titian – who would have also been a young man at this time – might have been friends with them. The picture was probably acquired by either George, 2nd Earl of Bristol (1721-75) while he was Ambassador to Madrid (1758-61), or by Lord William Hervey, son of the 1st Marquess, who was secretary to the Legation at Madrid from 1830-40.

Oil painting on canvas, An Unknown Man by Titian (Pieve di Cadore 1488/90 - Venice 1576), circa 1512. A head-and-shoulders portrait of a man, turned to the left, gazing at the spectator, his left hand extended; dressed in black robe adorned with gold braid trim, and a ring on the thumb of the left hand. Dark brown hair, beard and moustache. In the background top left, is a roughly painted roundel of unidentifiable subject. This portrait of an unknown man, once thought to be a self-portrait, is possibly a fragment of a larger canvas. The nobility and intensity of the face make this the most remarkable of the portraits in the collection at Ickworth.

Titian's First Masterpiece, The flight to Egypt and its context, National Gallery, London, 2012