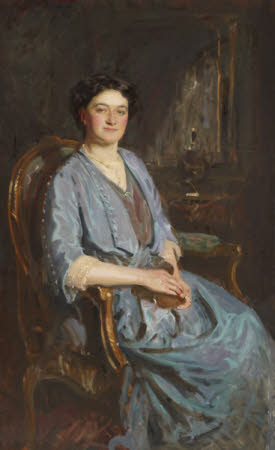 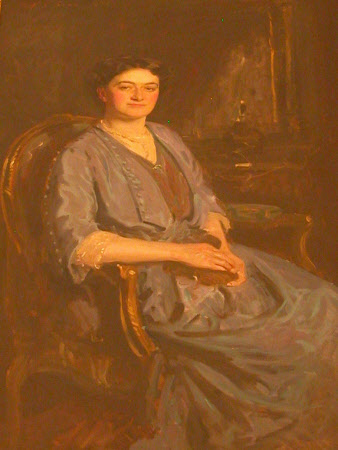 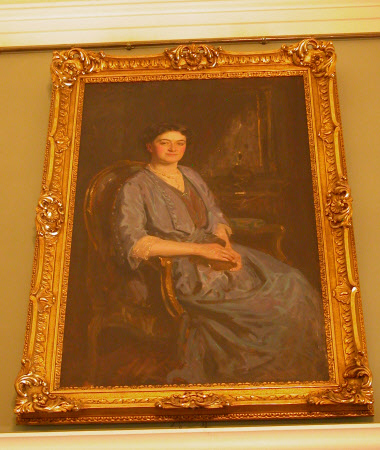 The sitter was the granddaughter and co-heiress of the Victorian railway contractor George Wythes who she married the 4th Marquess in 1896. Her fortune paid not only for the improvements to Ickworth in 1909-11, but also for the endowment, which allowed the transfer of the estate to the National Trust in 1956. The artist admired his mentor John Singer Sargent and tried to follow in his footsteps stylistically in order to become as popular with fashionable Edwardian society for commissions.