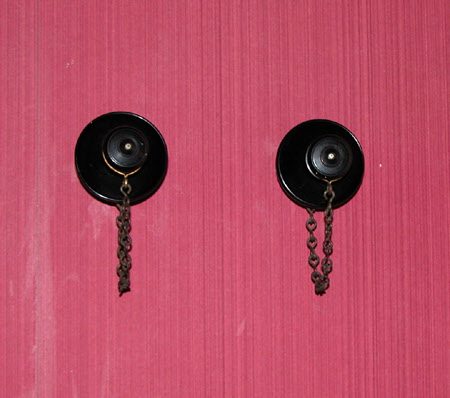 Like today’s intercom, speaking tubes allowed people on different floors to communicate with each other.  These tubes were installed as part of a major phase of improvements to Ickworth in 1910, commissioned by the 4th Marquess.  The basement at Ickworth, containing many more examples of technological improvements, will be open from spring 2012.

Communication tube, one of a pair. Each tube travels between the landing and the basement. Listening pieces attached to either end of the tube. On each landing whistles are attached to each listening piece by a chain. Black bakelite.