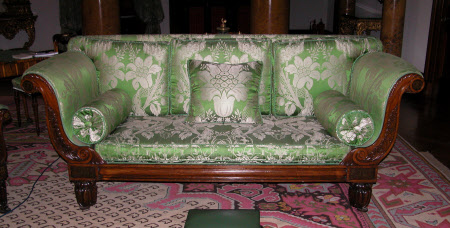 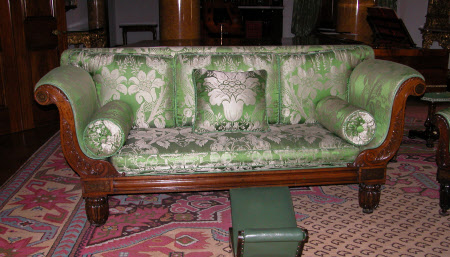 Banting and France & Co., 27 St.James' Street, London (1813-40) The furniture in the main entertaining rooms at Ickworth was almost exclusively supplied by the firm of Thomas Banting and William France. (See Suffolk County Records office 941.81/17 and 941/81/11). Banting and France were royal cabinetmakers and held royal warrants in the reigns of George III, George IV, William IV and Queen Victoria. The Hervey family of Ickworth also maintained property in London at 6 St James's Square, as well as Bristol House in Putney and a house at No.19 Sussex Square, Brighton to which Banting and France were to also supply furnishings. Most of the contents of the Brighton property was moved up to Ickworth in 1936. Banting and France assisted with the organisation of the sale of furniture by auction at St James' Square in 1814, although the Hervey family kept and refurnished the property, moving the later contents to Ickworth in 1950. Ickworth and its contents passed to the National Trust in lieu of death duties in 1956 although the family leased back the East Wing and continued to live there until it was sold by the 7th Marquess of Bristol (1954-1999) who sold the lease to the National Trust in 1996.