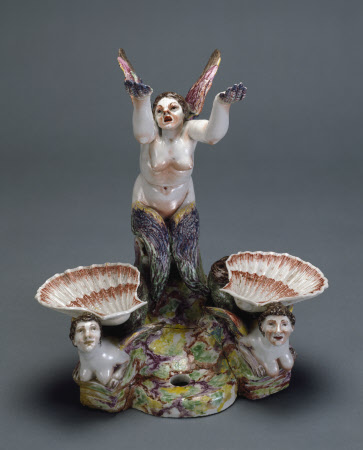 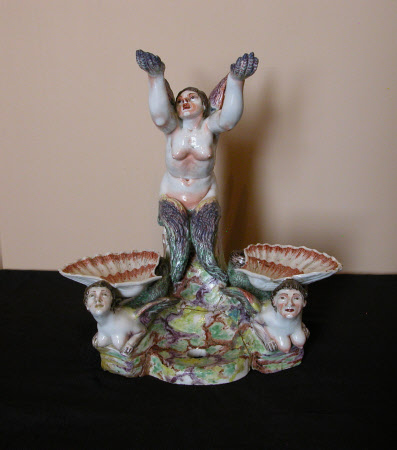 In April 1868, Frederick William Hervey, 3rd Marquess of Bristol purchased what he believed to be thirteen pieces of Capo di Monte porcelain from an antique dealer in Florence. However, what he received was not Capo di Monte but instead one of the most important groups of Doccia porcelain in Britain. The underlying theme of this collection is the sea: winged sea harpies carry scallop shaped dishes and sea monsters hold up candlesticks.

Sweetmeat centrepiece. Doccia. c.1750-60. Winged mermaid at centre, arms raised in support. Scallop shell on either side surmounting reclined winged figure with fish tail and lion-type forelegs. Shell in red, base washed in patches of green, puce, brown, wings streaked in many colours.

The Prince's Fragile Treasures. the Paths of Porcelain Between Vienna and Florence, Palazzo Pitti, Florence, 2018 - 2019