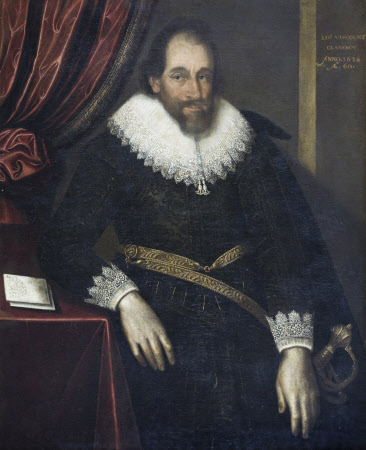 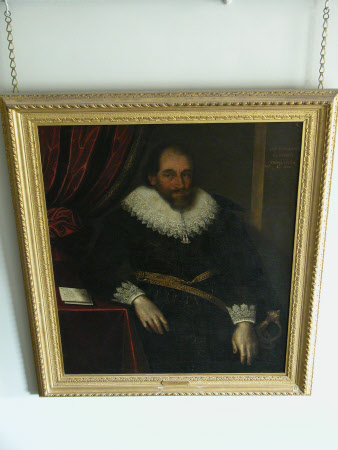 Oil painting on canvas, James Hamilton, 1st Viscount Clandeboye (1559 - 1643), aged 60, British (English) School, 1628; inscribed : Ld Viscount Claneboy Anno 1628 Aets 60. A three-quarter-length portrait of a man, seated, facing the spectator, wearing black with lace ruff and cuffs, his sword hilt suspended from a sword belt at the side of his left hand, leaning on a table on the left with his right arm, the table is covered with a red cloth and a letter lies on top. Red drape on the left, architectural element on the right.

Castle Ward, The Bangor Collection (accepted in lieu of tax by HMTreasury and transferred to the National Trust in 1953)

Purcell 2012 Mark Purcell, 'Settled in the North of Ireland' or, Where did Slaone coe from?', in From Books to Bezoars Sir Hans Sloane and his Collections (eds. Alison Walker, Arthur Macgregor and Michael Hunter), The British Librrary, 2012, fig. 2