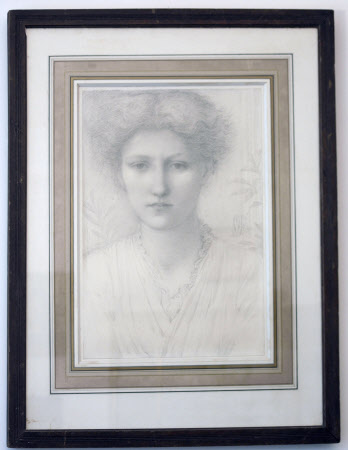 A superb pencil drawing by Edward Coley Burne-Jones of Mary Ionides at the age of 18. The artist was heavily associated with the later stages of the Pre-Raphaelite movement and worked closely with William Morris.