A Game of Bowls 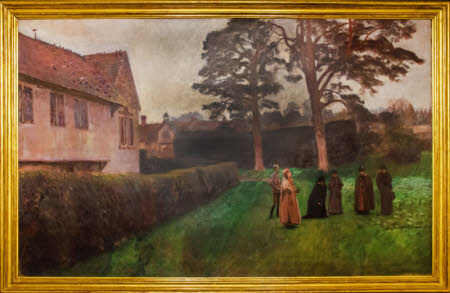 Acquired from the artist by General Jackson and Queen Palmer; by descent to their daughter Elsie, who married Leopold Hamilton Myers; sold by Leopold Hamilton Myers to Knoedler, New York, 1925; sold at auction by Knoedler through Parke Bernet, New York, to benefit the Whitney Museum of American Art, 1966; donated by the purchaser to the Whitney Museum of American Art, 1967; de-accessioned by the Whitney Museum of American Art, sold at auction at Sotheby’s, New York, where acquired by A. Alfred Taubman, 1986; acquired by Sotheby’s as part of the sale of the Taubman collection, 2016; acquired by private treaty by the National Trust with the help of grants from the National Heritage Memorial Fund and the Art Fund and of numerous private donations, 2018.