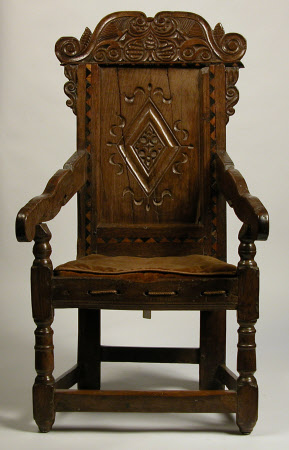 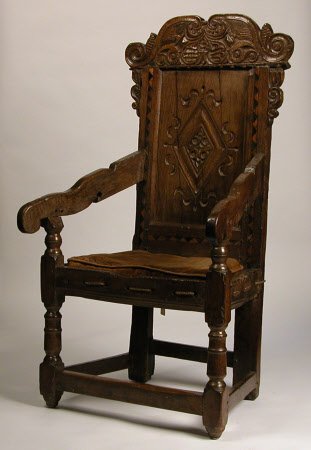 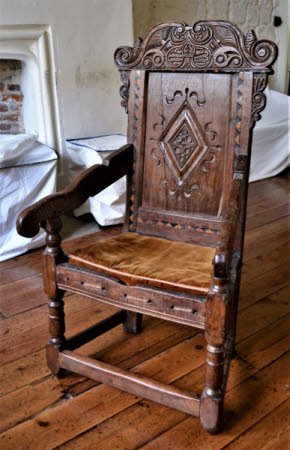 An oak and parquetry open armchair, Yorkshire, circa 1670. The back panel carved with a lozenge and scrolls to each point, the uprights and lower rail with chequer banding in holly and bog oak, below a bold scroll-carved cresting supported by ears, the arms angled and sloping downwards, the rope seat with velvet cushion, on baluster legs joined by stretchers.

A Yorkshire armchair has distinct characteristics, including gouge-carved wing-like motifs on the points of the diamond in the back panel, the ears on the back uprights below an elaborate crest rail and the angled arms.This example has dog-tooth parquetry framing the back panel which indicates a more precise origin in the Leeds area. A rope seat is a less common feature than a plank seat.Similar chairs are illustrated in V.Chinnery 'Oak Furniture, The British Tradition', 1979 and 2016, Figure 4:130 and 4:133.