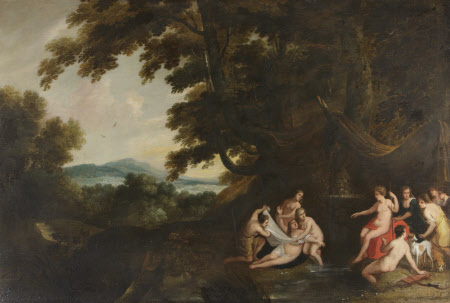 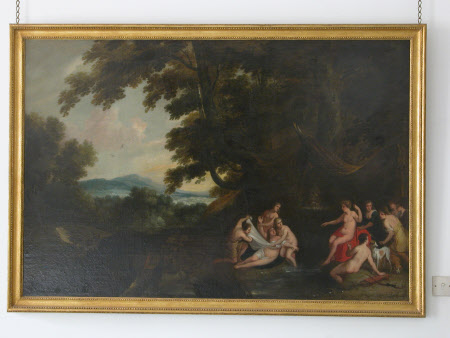 Oil painting on canvas, Diana and Callisto, attributed to Frans Wouters (Lier 1612 - Antwerp 1659), previously by a follower of Sir Peter Paul Rubens (Siegen 1577 – Antwerp 1640) and a follower of Jacques d'Arthois (Brussels 1613 – Brussels 1686), circa 1690. Extensive wooded landscape, group of figures bottom right. Grotesque stone fountain feeding a pool which separates the figure of Diana, seated on a draped rock with a spear in her left hand, surrounded by her followers and dogs, pointing to the grieved Callisto being disrobed by three attendants.

Dudmaston collection. Bought by William Wolryche-Whitmore and Lady Lucy; given by Rachel Katherine Hamilton Russell, Lady Labouchere (1908 – 1996) along with the Dudmaston estate in 1978